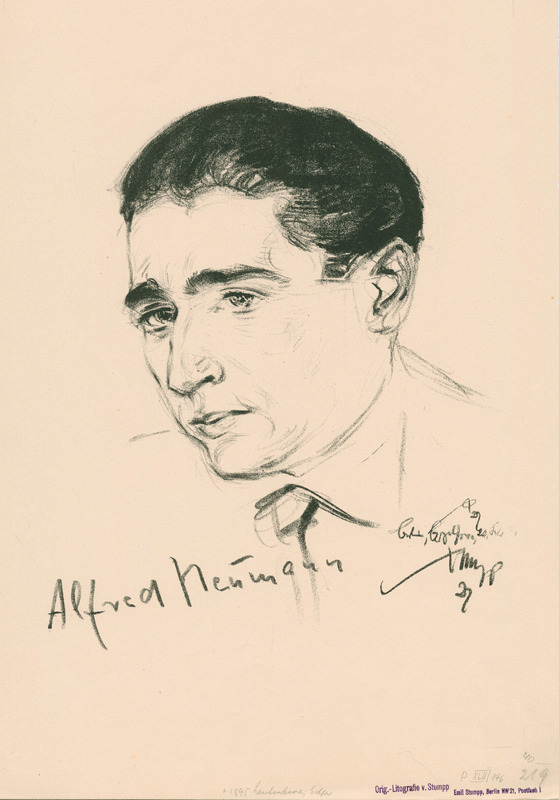 Alfred Neumann was a German Jewish author and screenwriter, excelling primarily in historic novels. He was a recipient of the Kleist Prize in 1926, and although one of his novels (“Der Patriot”) had been turned into a successful German movie, his work was banned in Nazi Germany, and in 1933 he fled to Fiesole, than Nice, and eventually to Los Angeles in 1941, where he continued his screenwriting career. Alfred Neumann died in Lugano, Switzerland in 1952.