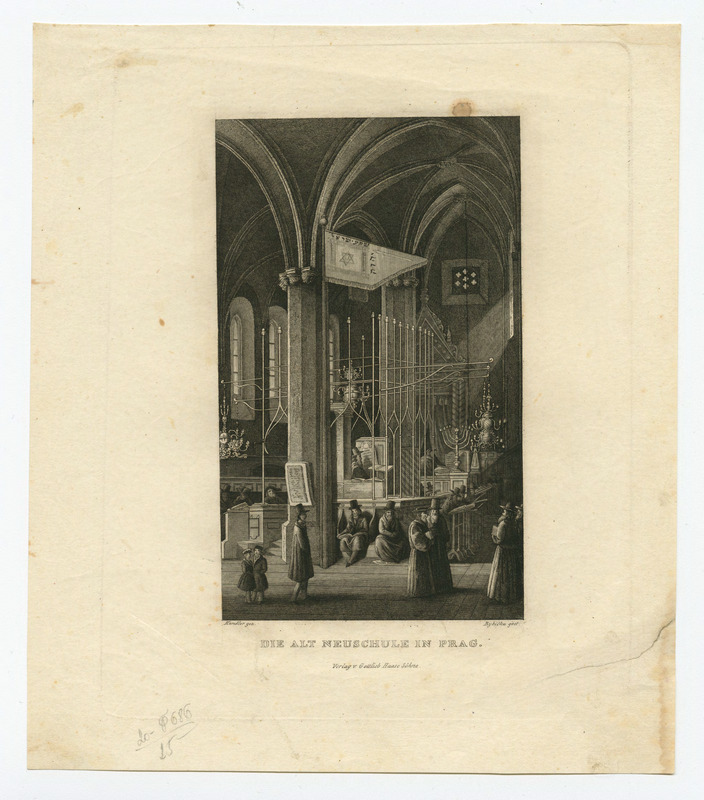 Completed in 1270 in gothic style, the Old New Synagogue is the oldest active synagogue in Europe. It is also linked to a number of legends, including those related to the Temple of Jerusalem and the Golem. During Nazi occupation, the synagogue was used as a house prayer and was left untouched, as the Nazis had planned to remodel and turn it into a museum.

Willhelm Kandler was a Czech (German Bohemian) painter and author. Painter Joseph von Führich, a family friend and mentor, helped to enroll him at the Academy of Fine Art in Prague. He is best known for his religious, historical, and landscape paintings.

Josef Rybička was a Czech engraver active in Prague. He studied at the Academy of Fine Arts in Prague, as well as in Vienna. His works predominantly depicted landscapes, cityscapes, and architectural landmarks.