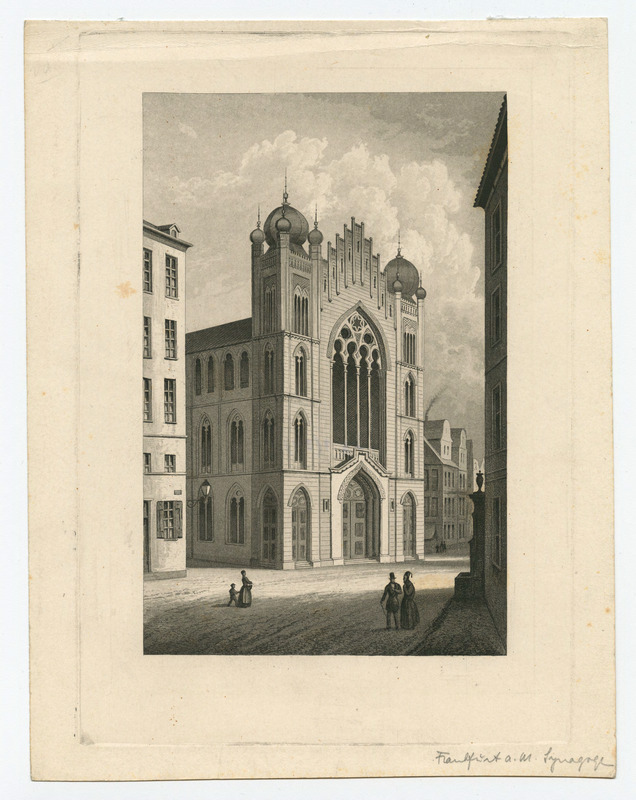 The New synagogue (Hauptsynagoge) in Frankfurt was the center of the liberal reform movement in the city. It was dedicated on March 23, 1860, and was the third synagogue built on its particular location on Bornestrasse (earlier called Judengasse). The architect was Johann Georg Kayser (1817 to 1875), a student of Friedrich Maximilian Hessemer and Friedrich Ziebland. Kayser used a historicist style typical of the time, combining styles of different eras and cultures. It was destroyed in November 1938 during Kristallnacht.