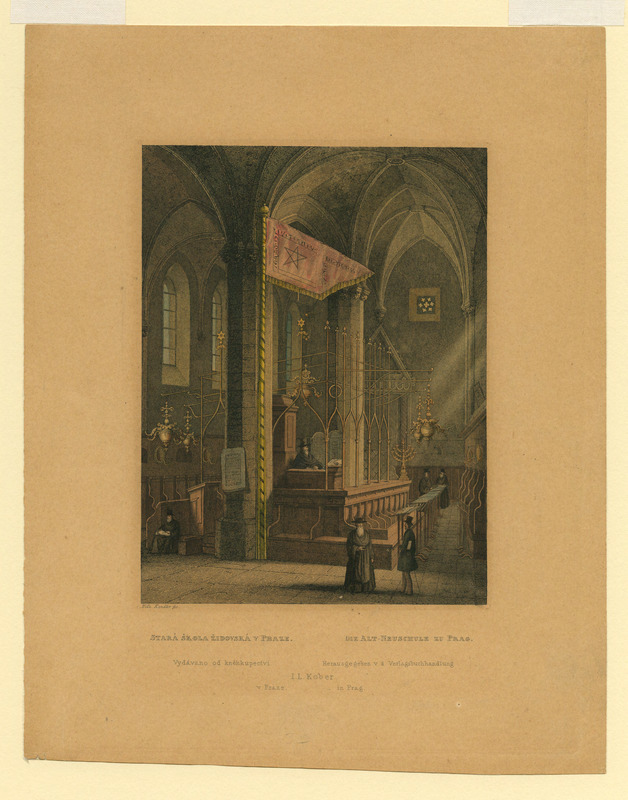 Completed in 1270 in gothic style, the Old New Synagogue is the oldest active synagogue in Europe. It is also linked to a number of legends, including those related to the Temple of Jerusalem and the Golem. During Nazi occupation, the synagogue was used as a house prayer and was left untouched, as the Nazis had planned to remodel and turn it into a museum.

Wilhelm Kandler was born in the town of Kratzau (Chrastava) in modern-day Czech republic. He studied at the Akademie der bildenden Künste in Prague under Franz Waldherr from 1830-1834. In the 1840's he lived in Rome, where he was aquainted with the Nazarene school of painters. In 1850 he returned to Prague where he painted several comissions for historical and religious paintings. He died in Prague in 1896.