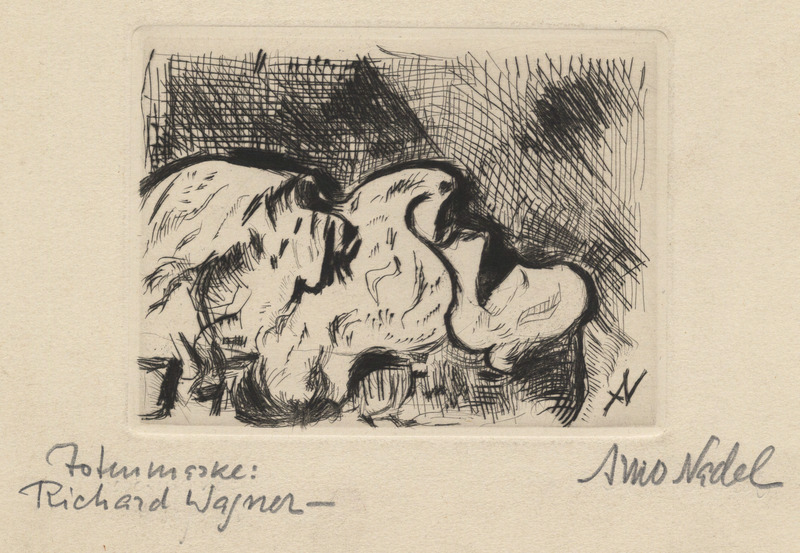 Richard Wagner (born May 22, 1813, Leipzig, Germany—died February 13, 1883, Venice, Italy) was a German dramatic composer and theorist whose operas and music had a revolutionary influence on the course of Western music. He was adored by Jews and Gentiles alike, although he was a vehement and most outspoken anti-Semite.

Arno Nadel (1878—1943), born Vilna, Lithuania, a composer, arranger, conductor, writer, poet and painter; he also dedicated himself to the collection of both Eastern European folk songs and old manuscripts of Jewish liturgical music, and in 1916 he was appointed as Kapellmeister of the Berlin Jewish community. (The Prelude to the film Hebräische Melodie is one of his few works to be recorded.) He was able to obtain an exit visa to England but was too weak and dispirited to make the journey after his incarceration in the concentration camp of Buchenwald. In one of his last letters before being deported to Auschwitz in 1943, he wrote: "May God protect holy Germany! It is the wisest nation of poets and philosophers, but has been misled – only after bloody detours and errors will it attain freedom of spirit and of noble art." Despite his tragic belief in Germany, Nadel could not escape his fate – he died at Auschwitz. He shared with many German artists of Jewish origin the same fate, the same passion for music, and the belief in "their country."