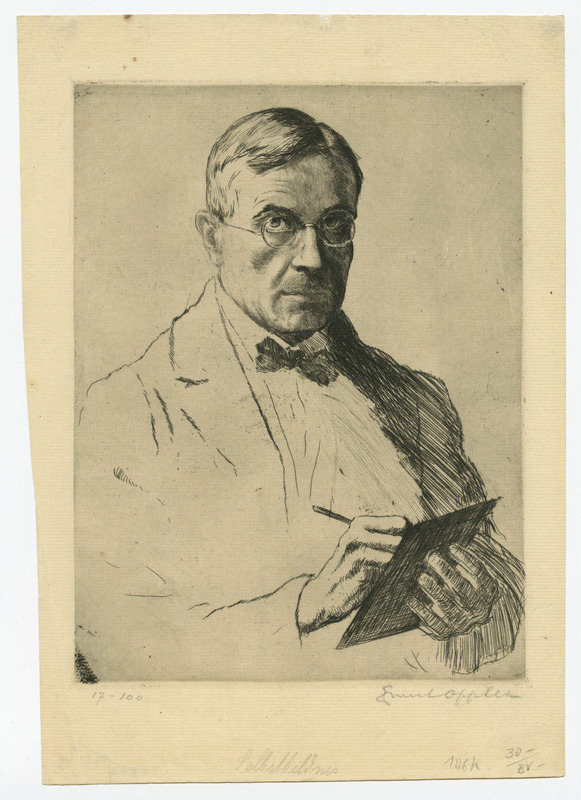 Ernst Oppler was a painter and printmaker born 19 September 1867 in Hannover. His father was the architect Edwin Oppler. With his brother Alexander he trained at the Munich Academy under Ludwig von Löfftz (1845-1910) and later established studios in Berlin where they became members of the well-known Berlin Secession, with other noted German artists of the day. Oppler was an impressionist painter of portraits, interiors, landscapes and movement in the early 20th century, particularly notable for his prints of dancers. He died 1 March 1929 in Berlin.