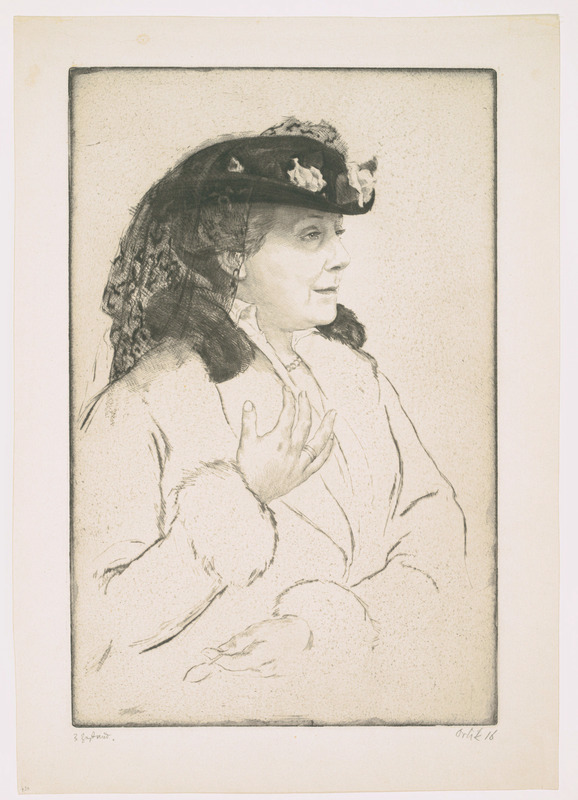 Anna Reichenheim née Eisner, the wife of the businessman Julius Reichenheim, was born in Leipzig in 1856. She died in Lucarno, Switzerland in 1932. Emil Orlik also painted an oil portrait of Anna Reichenheim, which vanished in the Nazi years.

Emil Orlik (July 21, 1870 – September 28, 1932) was born in Prague. He lived and worked in Prague, Austria and Germany. He was a painter, an etcher and lithographer. In 1905 Emil Orlik moved to Berlin and took a post at the "School for Graphic and Book Art" of the Museum of Decorative Arts (Kunstgewerbemuseum), now part of the Berlin State Museums. He traveled internationally extensively. He died in Berlin in 1932.