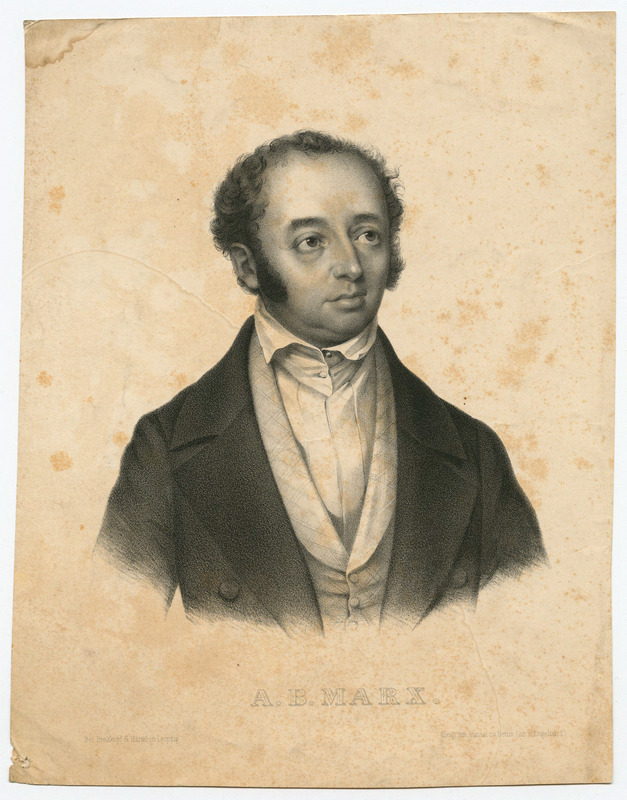 Adolf Bernhard Marx was born in Halle a. d. Saale, the son of the community doctor. After initially studying law, he completed a doctorate in music at Marburg and in 1830 was appointed professor of music at the University of Berlin, the first to occupy that chair. He was close friends with Felix Mendelssohn-Bartholdy and knew many of the most prominent artists and musicians of the time, including Heine, Liszt, and Wagner. In 1850 he cofounded the Berliner Musikschule which was eventually incorporated into today's Universitaet der Kuenste. He composed mostly choral music to mixed reviews, but was well esteemed as a teacher and writer of music textbooks. He died in 1866, one year after the publishing of his memoirs.