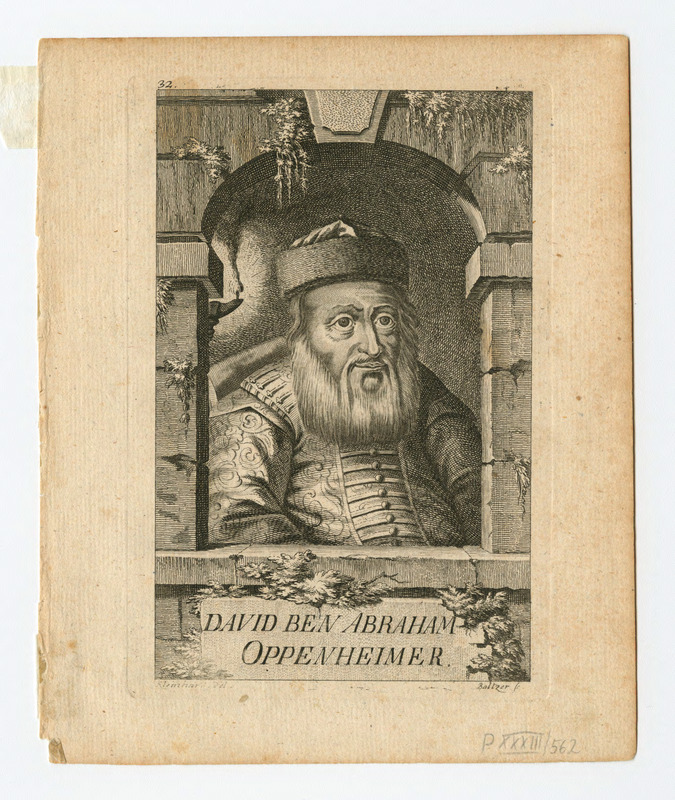 Rabbi David Ben Abraham Oppenheim (1664-1736) was the chief rabbi of Prague. Oppenheim's most significant legacy to posterity is his vast collection of Hebrew and Yiddish printed works and manuscripts. He acquired these books and manuscripts as gifts and by purchasing them directly from authors and owners-often heirs of deceased bibliophiles-throughout Europe, at commercial fairs, and possibly through dealers. He prepared and, on at least one occasion, even published lists of desiderata. Today this collection constitutes a significant portion of the Judaica collection of Oxford University's Bodleian Library.

Johann Balzer was a Bohemian engraver (1738-1799) who chiefly resided in Prague and produced several portrait engravings, including a series of portraits for a publication "Portraits of Artists and Learned Men in Bohemia and Moravia" published between 1773-1782.

Johann Kleinhard was a premier artist in Prague. He often collaborated with Johann Balzar on works, including a collection of landscapes that were published in 1783 (Zeichenbuch für Liebhaber der freyen Landschaftszeichnung).