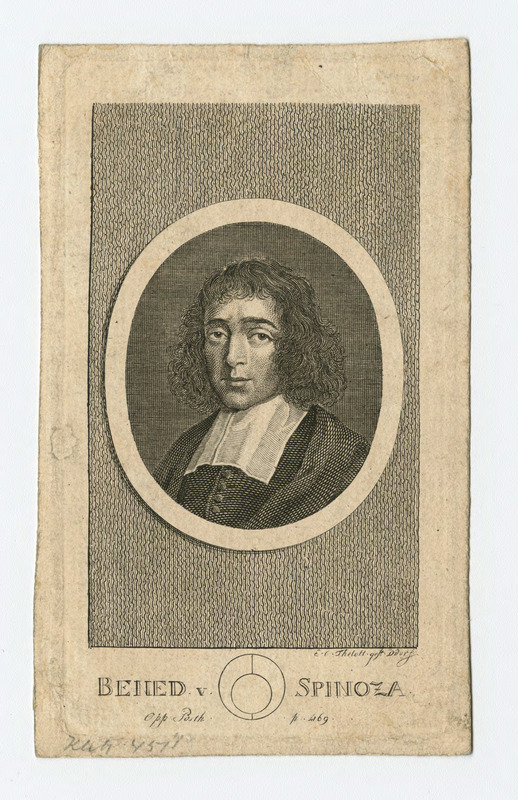 Baruch Spinoza was a Jewish Dutch rationalist philosopher of the 17th century. Born in Amsterdam in 1632 into a family of Jewish emigrants from Portugal, he was trained in Talmudic scholarship, but his views soon were considered to be atheism, and at the age of 24 he was excommunicated by a rabbinical court. In his principal work “The Ethics” (published only posthumously), Spinoza expressed his view of God or Nature as being everything. Working as a lens-grinder, he died of consumption in 1677, caused by inhaling glass dust at his workbench.

Ernst Carl Gottlieb Thelott was a German painter and engraver, teaching at Kunstakademie in Düsseldorf.