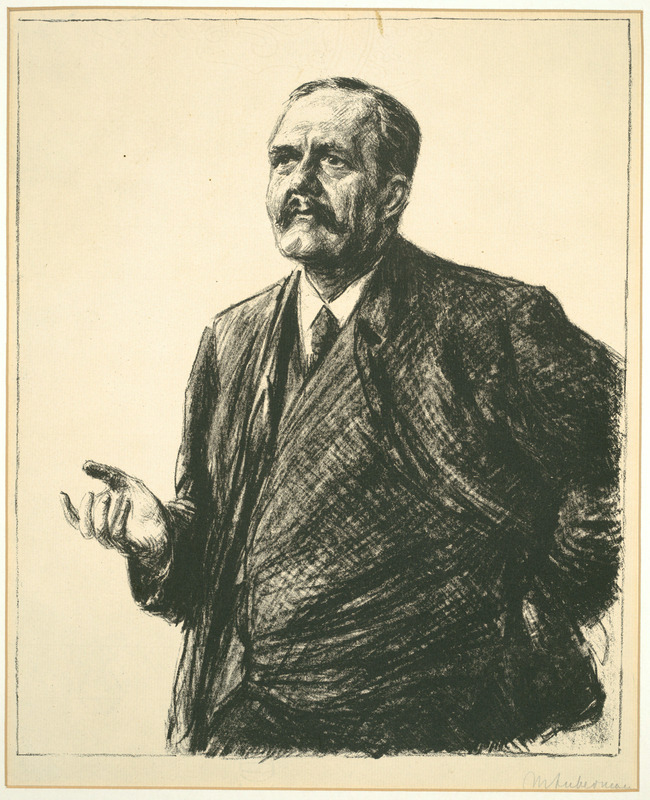 Friedrich Naumann (March 25, 1860 – August 24, 1919) was a German liberal politician and Protestant parish pastor. In 1894 he founded the weekly magazine Die Hilfe ("The Help") to address the social question from a non-Marxist, middle class point of view.

Max Liebermann (1847-1935) was born in Berlin. He trained in Weimar before continuing to study in Amsterdam and Paris, where he was influenced by Courbet, Millet, and the Barbizon School. Liebermann returned to Germany in 1878 and continued painting in the Impressionist style, founding the movement in his native country. In 1899, he helped found the Berlin Secession. He was a very influential figure in German art and was the dominant figure until the emergence of avant-garde art. He was the president of the Prussian Academy of Arts but resigned in 1933, when he was forbidden to paint because he was Jewish.