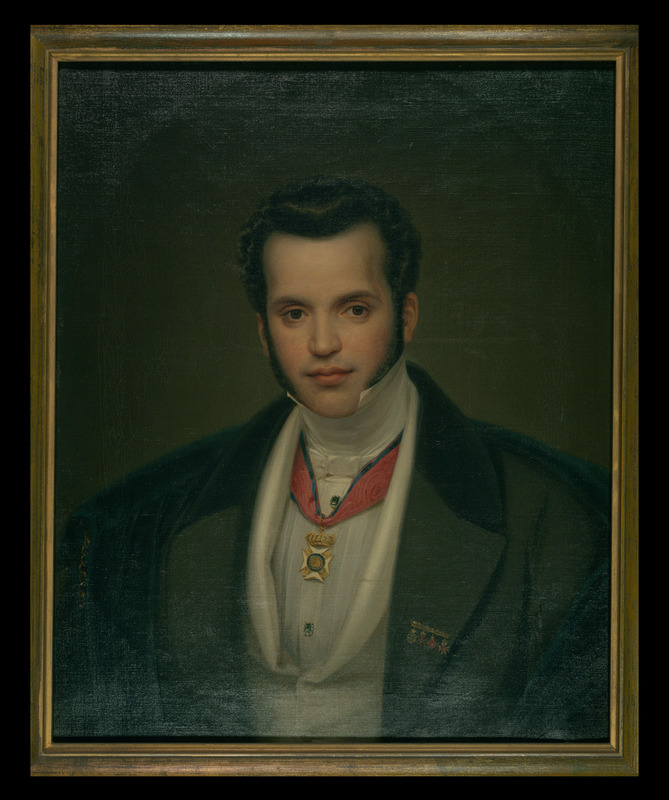 Adolph Karl Rothschild was the third son of Carl von Rothschild, who lead the Naples branch of the bank. Adolph Karl took over the leadership of the bank in 1856, after his father's death until the final closing of the branch in 1861.

The life of Moritz Daniel Oppenheim (1800-1882 ) reflects the new possibilities opened up to Jews by the emancipation. Born in the Hanau ghetto, near Frankfurt, he was raised in a strictly Orthodox home, but his parents raised no objections to their son's artistic aspirations. Oppenheim received his art training in Hanau, Frankfurt, Munich and Paris. From 1821 to 1825 Oppenheim lived in Rome, then the European art center. Having obtained the patronage of Adolph Rothschild on a trip to Naples in 1823, Oppenheim's career was launched. After his return to Frankfurt, his clientele included the five Rothschild brothers and, through Goethe, the protection of the Grand Duke of Saxe-Weimar. His fame later in life was based on his 'Scenes of Traditional Jewish Family Life', which were popular in reproductions all over Europe. His career, therefore, marks a significant turning point in the modern history of Jewish artists, since Oppenheim was the first to attain general prominence while remaining an observant Jew throughout his life.