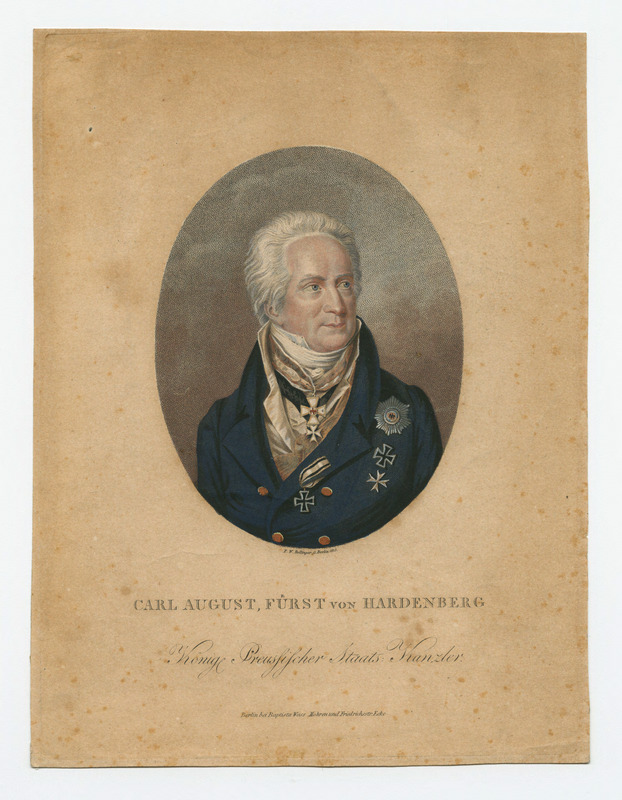 Von Hardenberg was minister of the principality of Bayreuth-Ansbach and, from 1810 Prussian chancellor. In these positions, he strongly supported the cause of Jewish civic equality, but had to contend with the prejudices of others in the government, as in the edict on the civil status of the Jews, 1812.

Friedrich Wilhelm Bollinger was born in Berlin in 1777. He studied engraving at the Royal Prussian Academy in Berlin, where he later returned to teach as a professor. He is best known for his portrait works of notable figures of German history. He died in 1825.