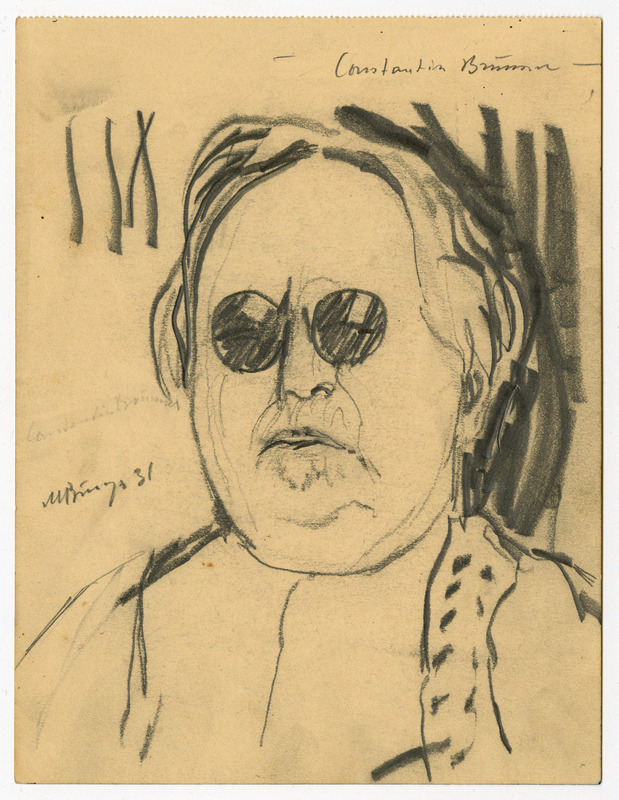 Constantin Brunner (actually named Leo Wertheimer) was born in Altona, Germany on August 27, 1862, the grandson of Rabbi Akiba Wertheimer. He studied at the Jewish Teachers Seminary in Cologne and at the Universities in Berlin and Freiburg 1893-95 with Leo Berg (later Otto Ernst), publisher of the periodical The Observer in Hamburg. Brunner lived since 1895 as an independent academic with his family in Berlin; 1913-30 in Potsdam and after 1933 in exile in The Hague, where he died on August 27, 1937. With his Magnum Opus "Die Lehre von den Geistigen und vom Volk" (1908) he conceptualized a philosophical system connected to Spinoza and against Kant, Nietzsche and academic philosophy. Brunner fostered concrete and practical consequences of his ideal, the “spiritual reflection.” In Our Christ (1921) he sketched a concept of the “Spiritual”, thus engaging in Christian and Jewish debates about Jesus. Politically Brunner was a protagonist of emancipation. He took a determined position against German nationalism and racial theory, but also against Zionism (Der Judenhaß und die Juden 1918.) Since the publication of his main work in 1908, but especially due to his personality, Brunner attracted the spiritually young, as well as intellectuals, politicians and artists, thus creating the “Brunner-Circle”. These friends, who corresponded with him and visited him, made Brunners’ practical stipulation their own. Apart from Berlin, where a Constantin Brunner Society was formed in 1925, the main center was in Czernowitz, (the “Ethical Seminar” founded by Friedrich Kettner in 1919.) Since 1933 his followers dispersed all over the world. In 1947 they founded the “International Brunner Institute” in The Hague to publish Brunner’s work once again and to advocate his memory.

Max Busyn (1899-1976) was a painter and graphic artist and a follower of Constantin Burnner. He was born in Lodz and studied at the Art Academy of Dresden 1922-23. Busyn lived in Berlin 1929-33, then emigrated to Tel Aviv in 1934. He returned to Germany two decades later in the 1950s. Among other later projects, he created murals for the Jewish seniors' home in Berlin.