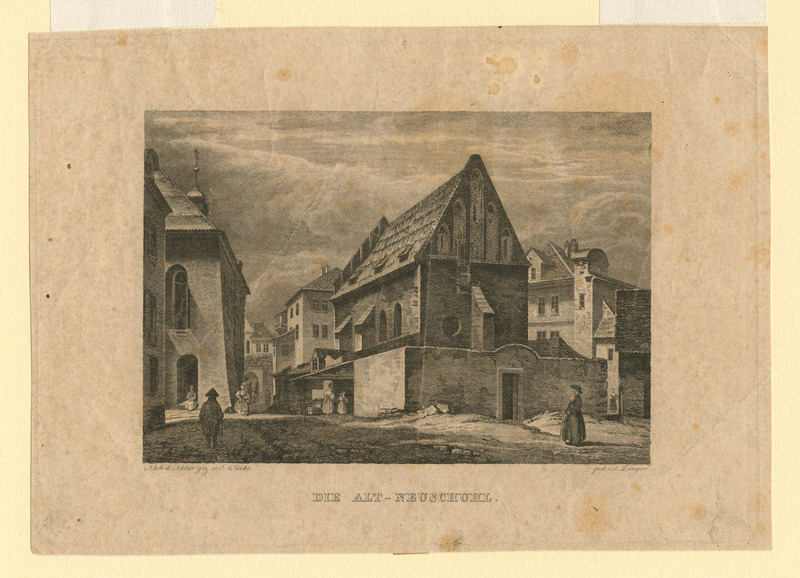 Inaugurated in 1270, the Altneuschul or Old New synagogue is the oldest continually active synagogue in Europe. During the Second World War, the synagogue was sparred major damage and thus continued to be used after the war.

Charles (Karl) Würbs was a Czech painter and printmaker. He studied at the Prague Academy of Arts with Josef Bergler and Francis Kristiana Waldherr and later in the studios of Karel Funk and Hans Henisch. There, he took an interest in landscape and architectural painting. Post-graduation, he was an engraver, lithographer, and art critic for a magazine. In 1835, he helped found the Fine Arts Unit. He also traveled to Germany, Austria, and the Netherlands for several years. In 1858, Würbs was appointed inspector of the Picture Gallery of the Society of Patriotic Friends of Art before teaching at the Imperial Royal Estates Polytechnic Institute and then the Prague Academy of Arts from 1869-1871. Beginning in 1873, he appraised paintings and engravings for Count Thun in Declin.