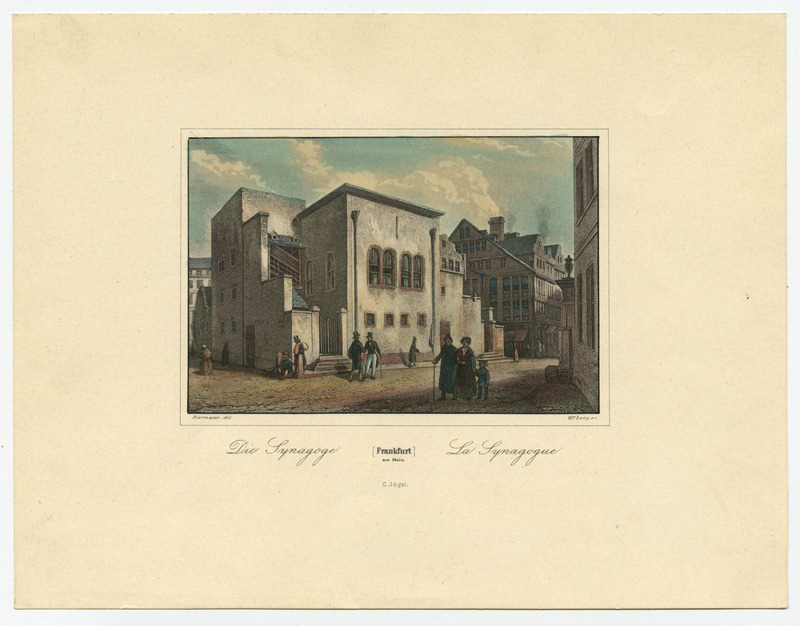 After a devastating fire in January 1711, this synagogue was built on the foundation of a previous synaguge and dedicated in September 1711. Compared to other more lavish synagogues of the Baroque era in other European cities, the Frankfurt synagogue was somewhat medieval and subdued. It was replaced by a new building in 1860.

Jakob Fürchtegott Dielmann was a German illustrator, printmaker, and painter. He studied lithography at J. C. Vogelschen Lithographieanstalt in Frankfurt, then at Städelschule with Karl Friedrich Wendelstadt from 1825 to 1827, and at the Kunstakademie Düsseldorf with Johann Wilhelm Schirmer. He was invited to an artists' colony in Willingshausen by Gerhardt von Reutern in 1841. A year later, he opened a studio at the Städelschule and studied with Anton Burger, whom he founded an artists' colony with in Kronberg in the 1860's.