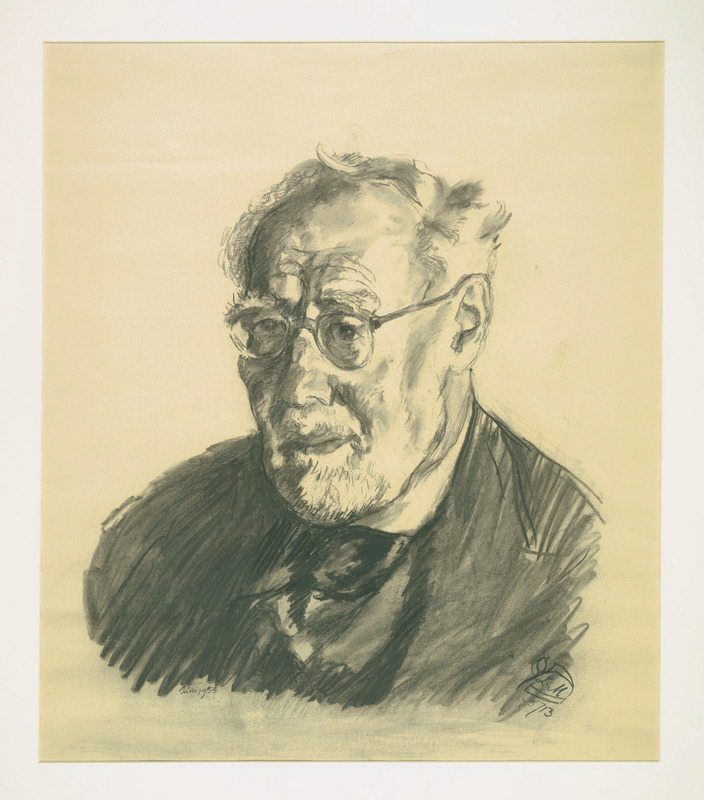 Leo Baeck was born in 1873 in Lissa (now Leszno, Poland), in the then German province of Posen, to Rabbi Samuel Baeck and Eva née Placzek. From 1891 to 1894, Baeck was in Breslau (now Wroclaw, Poland), studying at the Jewish Theological Seminary as well as at the University. He continued his studies in Berlin at the Lehranstalt für die Wissenschaft des Judentums, where he studied with Wilhelm Dilthey. By 1897 he had secured his first post as rabbi in Oppeln (now Opole, Poland). He married Natalie Hamburger in 1899, moving to Düsseldorf in 1907 and then to Berlin in 1912. There, he worked both as a rabbi at the large synagogue on Fasanenstraße as well as a lecturer at the Hochschule für die Wissenschaft des Judentums. During the First World War, Baeck served as a chaplain in the German Army, serving on both the east and west fronts. He returned to Berlin and worked at the Prussian Culture Ministry as an expert in Hebrew. During the 1920s he became involved in the work of several Jewish organizations. When the Nazis rose to power in 1933, Baeck was elected president of the Reichsvertretung der deutschen Juden (renamed the Reichsvertretung der Juden in Deutschland after the Nuremberg Laws were passed in 1935). In 1943, Baeck and his family were sent to the concentration camp at Theresienstadt (Terezin), where he continued to teach in secret and wrote a manuscript on Jewish history. After the camp was liberated in May 1945 by the Red Army, he joined his daughter, Ruth, in England. The remainder of his life was devoted to travel, teaching, and writing. Leo Baeck died in 1956.

Ludwig Meidner was a German expressionist painter, printmaker, illustrator, and writer. Born in Bernstadt, Silesia, he studied at the Royal School of Art in Breslau. In 1905, he moved to Berlin and worked as a fashion illustrator and then in Paris from 1906-1907, studying at the Julien and Cormon Academies. In 1912 he began a series of "apocalyptic landscapes," his best known works. He founded the expressionist group ‘Die Pathetiker’ ['The Exponents of New Pathos'] with Richard Janthur and Jakob Steinhardt. Though he was against war, he was drafted during World War I and served as a French translator. After the war, he began creating print portraits and increasingly turned to writing. He contributed to a number of left-wing journals and published some of his prose with illustrations. Meidner suffered Nazi persecution—he was fired from his teaching position in Berlin, his artwork was removed from public collections, and he was placed on the Nazi's list of banned writers and artists. In 1935, Meidner moved to Cologne, teaching art at a Jewish school. He fled with his family to Great Britian in 1939, where he was interned as an enemy alien on the Isle of Man for three years. He stayed in England, working odd jobs until he returned to Germany in 1953. In response to the horrors of the Holocaust, Meidner created a cycle of drawings he called "Massacres in Poland" or "Suffering of the Jews in Poland". In 1963, he had his first major exhibition since 1918 in Recklinghausen and Berlin. Ludwig Meidner died in Darmstadt in 1966.