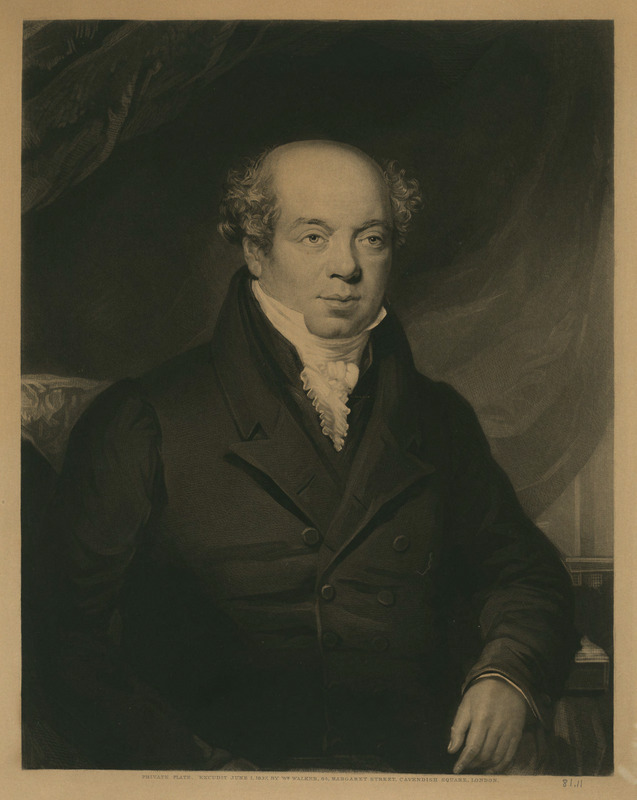 Nathan Mayer Rothschild was born in Frankfurt on September 16, 1777, into a wealthy Jewish banking family. At the age of 21, he decided to leave his family and their vast fortune in Frankfurt, and moved to England. In 1798 he moved to Manchester and started getting involved in the textile industry. Shortly thereafter he decided to move to London, to pursue a fortune on the stock exchange. He made a fortune trading in a slew of financial instruments, which allowed him to lend money, something desperately in need during the Napoleonic wars, and then reap the rewards once the wars came to an end. By 1825 he was in a position where he could lend money to the Bank of England, thereby preventing a liquidity crisis. Additionally he used his immense financial wealth to further his own political goals, among which was the abolishment of slavery. He died as a result of an infected abscess on July 28, 1836.

William Walker (1791-1867) was a Scottish engraver and mezzotinter. He worked as a portraitist in London, where he died.