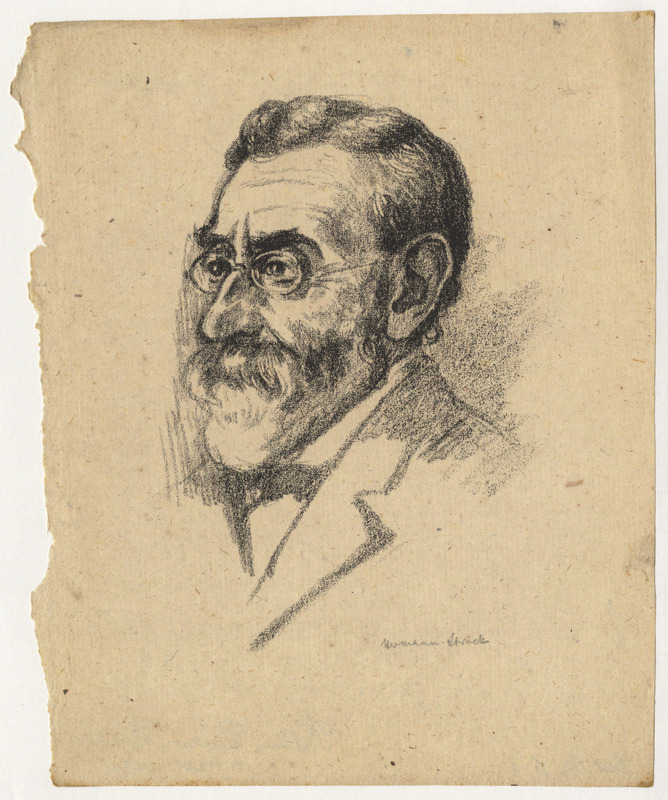 Abraham Berliner (1883-1915) was a German theologian and historian.

Hermann Struck was born Chaim Aaron ben David in 1876 in Germany. He is best known as a master etcher, lithographer and early Zionist. He studied for five years at the Berlin Academy, and in 1908 he wrote Die Kunst des Radierens (The Art of Etching), while mentoring artists such as Marc Chagall, Max Liebermann and Lesser Ury. His art was included in an exhibition at the Fifth Zionist Congress and he helped establish the religious Zionist movement, Mizrachi. Struck was an Orthodox Jew but believed that culture and religion could thrive cooperatively in Israel. He emigrated to Haifa where he created an artistic community and participated in the development of the Tel Aviv Museum and the Bezalel art school in Jerusalem. He died in 1944.