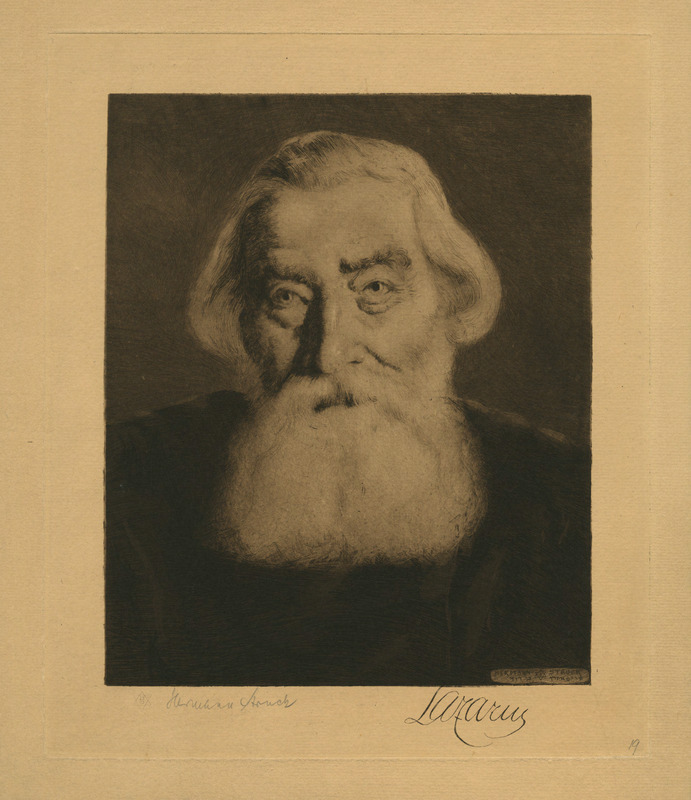 Moritz Lazarus (1824-1903) was a German philosopher. He was appointed professor of philosophy at the universities of Bern and Berlin. Later he taught at the Hochschule fuer die Wissenschaft des Judentums in Berlin.