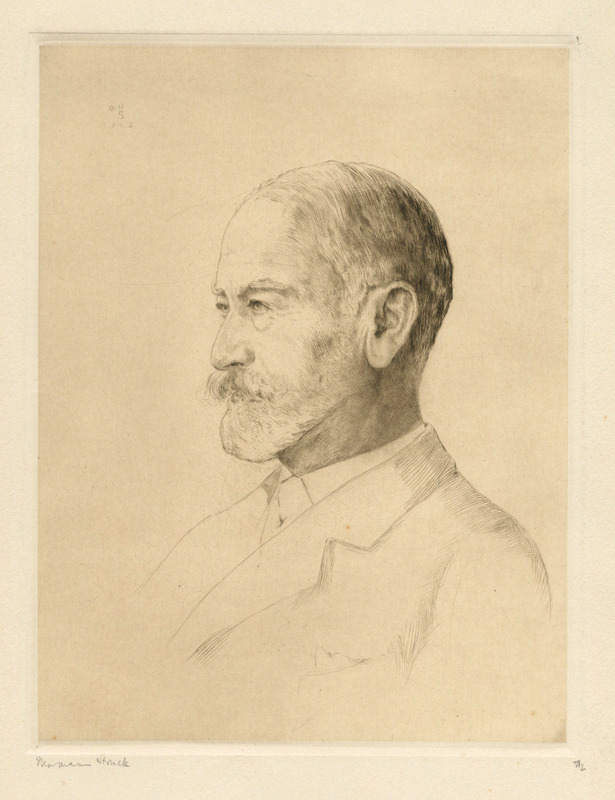 Jacob Henry Schiff, born Jakob Heinrich Schiff (January 10, 1847 – September 25, 1920) was a German-born Jewish American banker and philanthropist, who helped finance, among many other things, the Japanese military efforts against Tsarist Russia in the Russo-Japanese War. From his base on Wall Street, he was the foremost Jewish leader from 1880 to 1920 in what later became known as the "Schiff era", grappling with all major Jewish issues and problems of the day, including the plight of Russian Jews under the Tsar, American and international anti-Semitism, care of needy Jewish immigrants, and the rise of Zionism. He also became the director of many important corporations, including the National City Bank of New York, Equitable Life Assurance Society, Wells Fargo & Company, and the Union Pacific Railroad. In many of his interests he was associated with E.H. Harriman.

Hermann Struck, born Chaim Aaron ben David(1876-1944) was born and educated in Berlin. He was an early Zionist, traveling to Palestine as early as 1903 and settling in Haifa in 1923. In 1915 he enlisted in the German army and served in Russia, where he produced a large number of prints with subject matter that included: the landscapes of the small towns inhabited by Jews; Jewish character studies and studies of German officers and enlisted men. Struck was best known as an etcher, having written a standard text, Die Kunst des Radierens (The Art of Etching) in 1908, and taught graphic technique to a number of artists, among them Chagall, Lieberman and Corinth. He was also a master at lithography. Struck was an Orthodox Jew, yet held the enlightened view that culture and religion could thrive cooperatively in the Land of Israel. This notion came to fruition upon his immigration to Haifa, where he created an artistic community and participated in the development of the Tel Aviv Museum and Bezalel art school in Jerusalem. He is renowned for his landscapes of the Jewish homeland and small towns in Europe, as well as portraits of many notable and unknown figures.