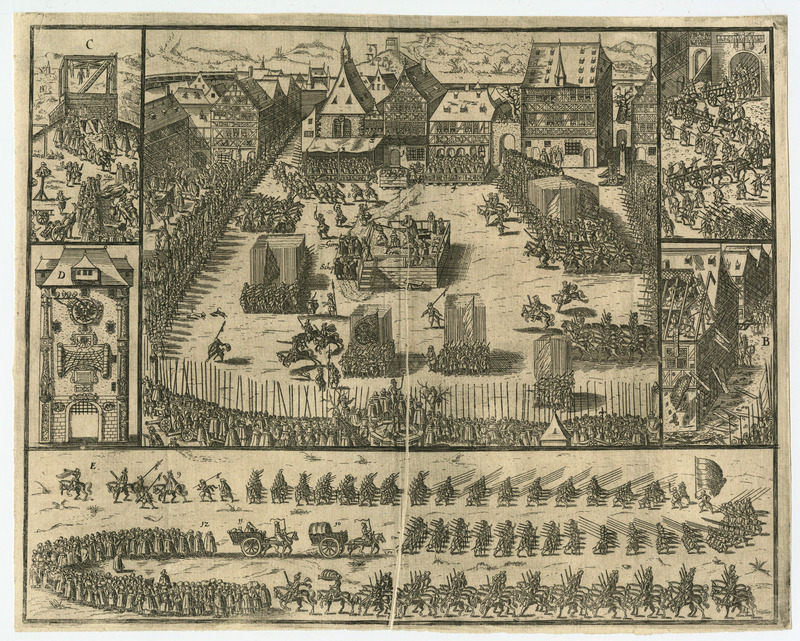 Vincent Fettmilch was a grocer and baker, who moved to Frankfurt in 1602, and is best known for leading a pogrom against Jews. His birth year is unknown. He led the Fettmilch uprisings (1612-1616), which lead to the storming of the Judengasse, (Jew’s lane) on August 22, 1614. The Jews of Frankfurt were expelled for two years, until 1616, when the emperor intervened, retaking the city, and issuing an imperial ban on Fettmilch and his co-conspirators, Konrad Gerngross, a joiner, and Conrad Schopp, a tailor. Imperial soldiers guided the Jews back into Frankfurt, and Fettmilch was put to death in the Horse Market on February 28th, 1616. This had been one of the last pogroms in Germany, until the rise of the Nazi party in the 20th century.