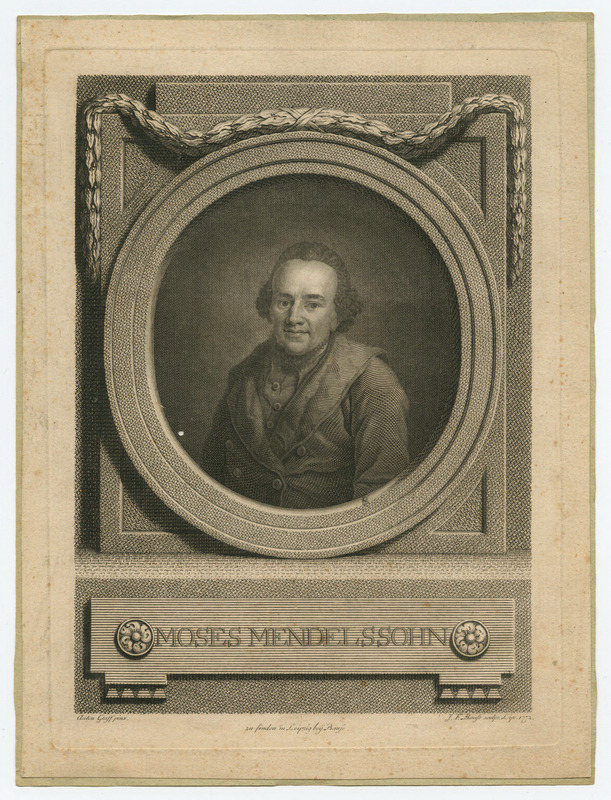 Moses Mendelssohn (1729-1786) was a prominent German-Jewish philosopher during the Enlightenment. He supported the movement for Jews to assimilate to the German bourgeoisie.

Graff, born in Switzerland, was the leading German portrait painter of the 18th century. He was a younger contemporary of Reynolds, with whom he is often compared but Graff really belongs to a later generation, since most of his portraits lack the trappings of the Grand Style, and he worked almost into the Biedermeier period. He was in Augsburg by 1756 and removed to Dresden in 1766 to teach at the newly founded Academy. He recorded himself as having painted some 1,240 portraits in his long career and his sitters included many of the most famous of his contemporaries - Lessing, Herder, Schiller (whom he records as having fidgeted the whole time). He also made some 322 portrait drawings in silver point, a very rare technique in the 18th century. Some fragments of an autobiography were posthumously published in Zurich in 1815. There are pictures in many German museums, including Berlin, Dresden, Leipzig.