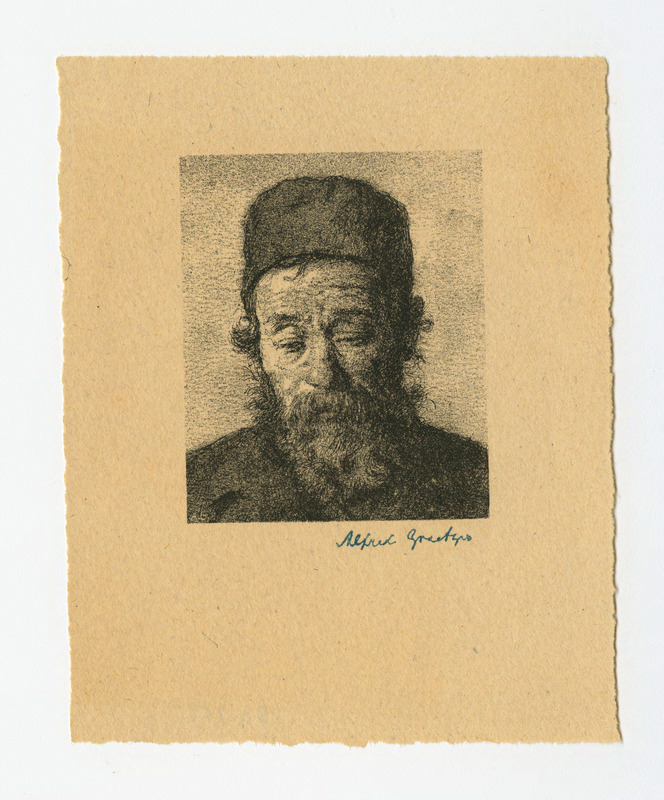 Alfred Graetzer was born December 28, 1875 in Grossstrelitz (Strzelce Opolskie), Upper Silesia. He was a German-Jewish graphic artist, and painter. From 1896 to 1898 he studied at Berlin Academy, and Munich Academy. He continued his studies under Simon Hollosy in Nagybanya, Romania as well as under Luc Oliver Merson in Paris, France. Around 1903 he settled in Dresden, Germany, where he became a student of Richard Mueller, Karl Bantzer, and Walther Witting. Later he lived predominantly in Berlin, and was friends with Hermann Struck. In Breslau (Wroclaw) he had made contact with the art-minded family of Albert and Toni Neisser, whose portraits he had made into lithographs several times (1909-1910, Warsaw, Maciej Niedźwiecki). Most of the paintings he created were landscapes and portraits. He also showed his work in many venues: He took part in the Great Art Exhibitions in Dresden (1904), Berlin (1911), and Breslau (1913). Alfred Graetzer died August 11, 1911 in Berlin, Germany.