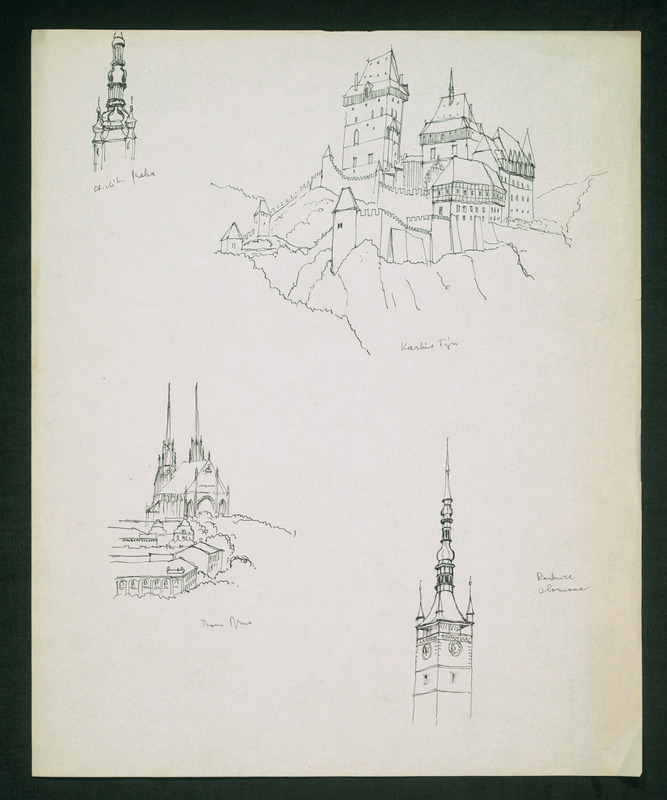 Born in Bruenn, Austria-Hungary (now Brno, Czech Republic) in 1896, Norbert Troller served as a soldier in World War I, spending time as a prisoner-of-war in Italy. After the war he studied architecture in Brno and Vienna and worked as an architect in Brno until the German occupation of Czechoslovakia. He was deported to Theresienstadt in 1942, where he worked as an architect for the Jewish self-adminstration of the camp, and produced works of art as well. In 1944 he was imprisoned by the Gestapo, and was sent to Auschwitz later that year. After liberation, he lived briefly in Cracow, and then reopened his architectural business in Prague and Brno. He emigrated to the United States in 1948 and worked for the National Jewish Welfare Board in New York designing Jewish community centers, before opening his own practice. He died in 1981.