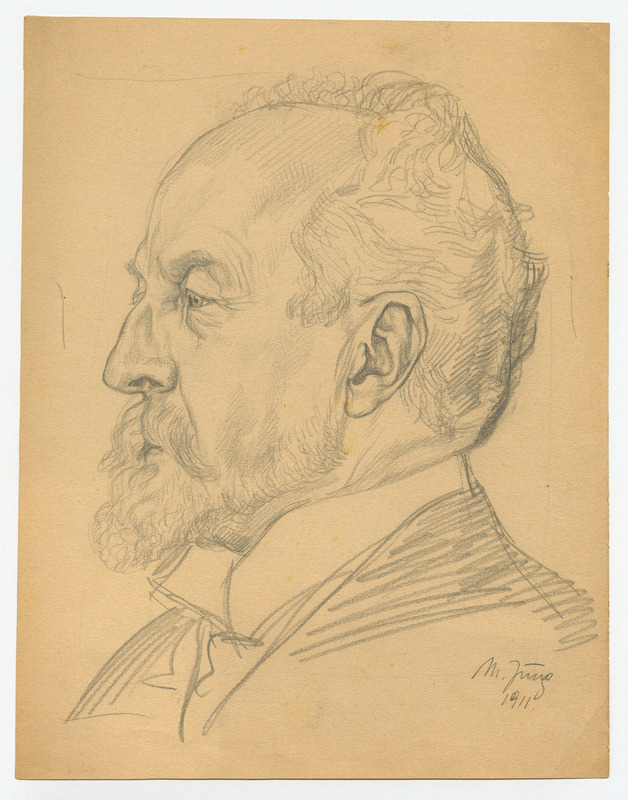 The industrialist Alois Hofmann was born in Lomnitz, Moravia (Lomnice, Czech Republic) in 1830; he died in Vienna in 1907. Alois Hofmann was married to Berta, whose sister, Rosa Beer, died in 1866, one week after having given birth to a son: Richard Beer-Hofmann was adopted and reared by his aunt and uncle, Berta and Alois Hofmann.

The artist Moriz Jung was born in Nikolsburg (Mikulov, Czech Republic) on October 22, 1885. From 1901 to 1908 he attended the Kunstgewerbeschule in Vienna, where he was taught by Alfred Roller, Carl Otto Czeschka and Bertold Löffler. Jung revealed his exceptional talent as an illustrator in woodcuts, linocuts, lithographs and book images and became a member of the Wiener Werkstätte. During his studies, he published a book of colored woodcuts, "Freunden geschnitten und gedruckt von Moriz Jung" (Leipzig and Vienna, 1906), an alphabetical primer in the form of animal pictures; and in 1907, he designed a poster for the Cabaret Fledermaus (Vienna, Hist. Mus.) for the Wiener Werkstätte. Moriz Jung died in battle in the Carpathian mountains in East Gallicia in World War I.