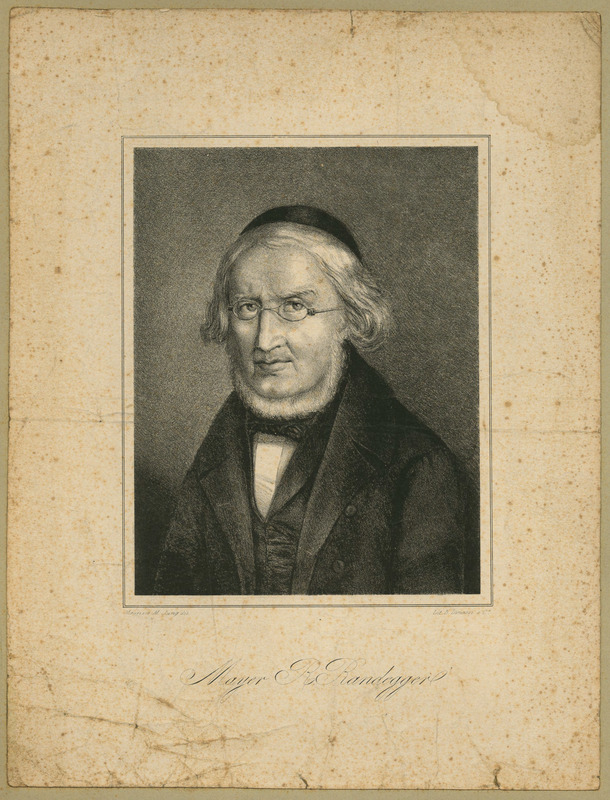 The Austrian rabbi and educator Mayer Randegger was born in the German village of Worblingen near Randegg on February 9, 1780. He was educated at home, and then in Lengau (Switzerland), Fürth (Bavaria), and in Pressburg (Slovakia), before accepting a position as a home tutor in Vienna. Later, he moved to Trieste, where he opened his own private school. In 1832 and again in 1834, he filled in as a short replacement for deceased rabbis. and from 1838 to 1847 he taught in Fiume and in Fiorenzuola d’Arda. Randegger then stayed for the rest of his life in Trieste, maintaining some correspondence with leading rabbis and scholars of his time. In his written works he touched on biblical topics, such as "Ẓinnat Dawid" about the Book of Psalms (published in Vienna in 1841); and a text about the "Haggadah" with an Italian translation by his daughter, published in Vienna in 1851. Mayer Randegger died in Trieste on March 12, 1853.