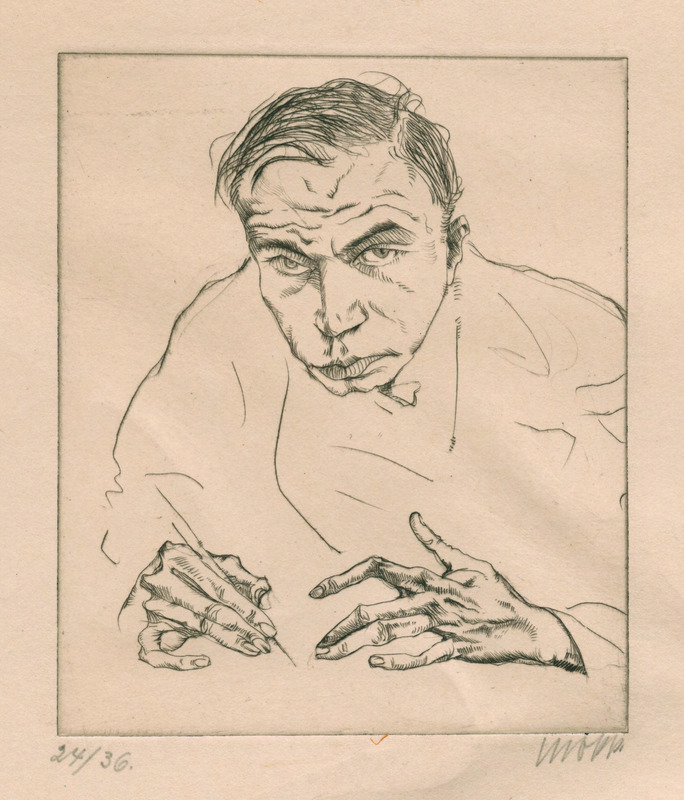 Max Oppenheimer (also known as MOPP) was born July 1, 1885 in Vienna. He studied at the Akademie der bildenden Künste in Vienna from 1900-03, and then in Prague from 1903-06 under Franz Thiele. He shared a studio with Egon Schiele in 1910, and like Schiele he developed a very personal, expressionist style. He contributed drawings to the left-wing periodical Die Aktion. Oskar Kokoschka accused him of plagiarism due to similarities between a poster Oppenheimer made in 1910 and Kokoschka's previous work. He moved to Berlin in 1912, around which time he took up etching, and then moved around Switzerland in the 1910's and early 20's before returning to berlin in 1926 and emigrating to New York in 1938. He died in New York in 1954.