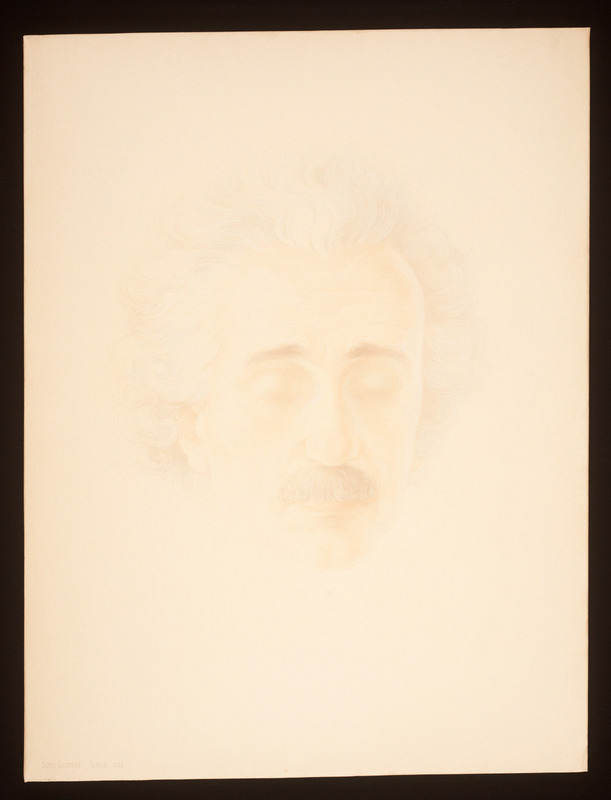 Albert Einstein was a Nobel Prize winning physicist born in Ulm, Germany in 1879. He completed his secondary education in Switzerland. Early in his career, Einstein developed his special theory of relativity. In 1905, he published four groundbreaking papers which attracted the attention of the academic world, and at the age of 26, he was awarded a PhD by the University of Zurich. Einstein met his first wife, Mileva Marić, while attending Zürich Polytechnic: the couple married in 1903 and had two sons, Hans Albert and Eduard, before divorcing in 1919. That same year, Einstein married his cousin, Elsa Löwenthal, and adopted her two daughters, Margot and Ilse. Albert Einstein was awarded the 1921 Nobel Prize in Physics "for his services to Theoretical Physics, and especially for his discovery of the law of the photoelectric effect". The Einsteins were visiting the U.S. in 1933 when the Nazis rose to power. He and Elsa waited until the end of his visiting professorship at the California Institute of Technology in Pasadena before traveling to Belgium to renounce their citizenship at the German consulate. Upon his return to the United States, Einstein began teaching at Princeton University. During World War II, Einstein worked on the Manhattan Project. He became a U.S. citizen in 1940. Aside from his scientific contributions, Einstein traveled the world, played violin, and was an avid— though unskilled—sailor. He also supported Zionism, socialism, and civil rights. Einstein died in Princeton, New Jersey in 1955.

Boris Georgiev was born in Varna in Bulgaria in 1888. Almost all of his work is portraiture, often laden with symbolism.