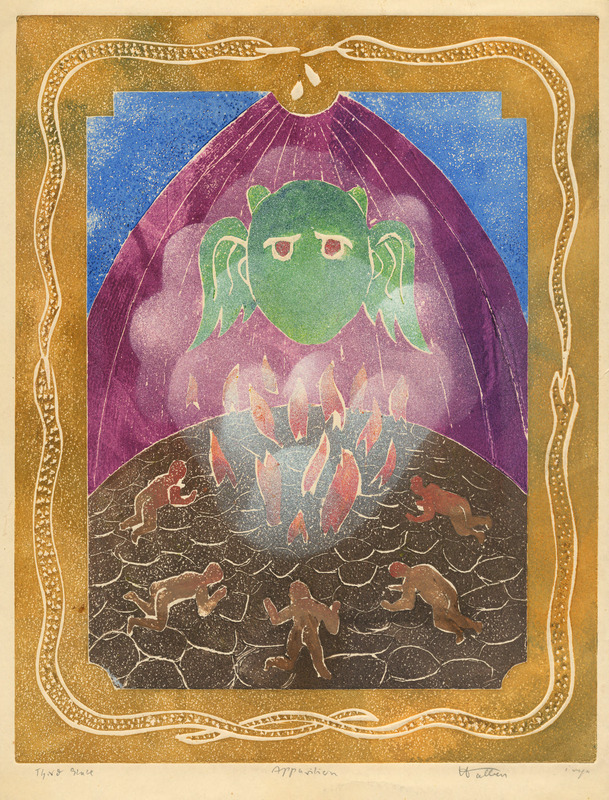 Fritz Halbers was born as Fritz Josef Halberstaedter in Berlin, Germany, on July 6th, 1894, the son of Ernst Wolfgang and Gertrude (née Wienskowitz) Halberstaedter. He was an actor and stage designer by training and studied at the Schauspielschule des Deutschen Theaters (led by Max Reinhardt) from 1912 to 1914. When his artistic career came to an end with the Nazi takeover in 1933, he became a house painter and learned the craft of producing imitation marble, both skills that secured him a visa to Bolivia in 1939. He was able to establish himself as a painter, engraver and art conservator as well as a translator. He gave lectures and poetry readings of his own work, for some time had his own radio program and helped university professors translate difficult German writings by Heidegger and other philosophers. Halbers continued to pursue his art career after settling in New York in 1954 and became a specialist in restoring pre-Columbian art. For his retirement he moved to Argentina in 1969.