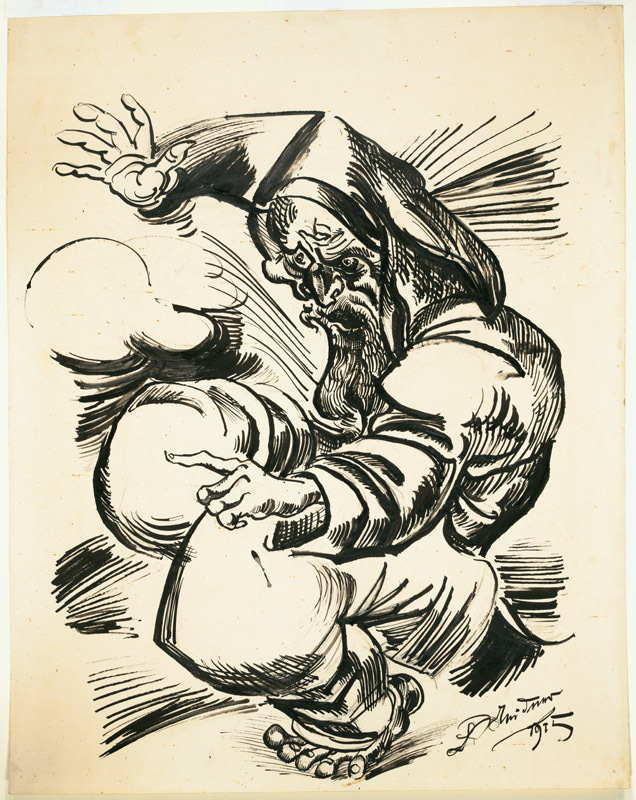 Ludwig Meidner (18 April 1884 – 14 May 1966) was a German expressionist painter and printmaker born in Bernstadt, Silesia. He studied at the Royal School of Art in Breslau and, from 1906-07 at the Julien and Cormon Academies in Paris. In 1912 he began a series of paintings, the "Apocalyptic Landscapes," which marked a radical departure in style and would make his reputation. In that same year he founded the group ‘Die Pathetiker’ ['The Exponents of New Pathos'] with Richard Janthur and Jakob Steinhardt, . Their style derived from the perspectives of Robert Delaunay and the Futurists, and closely paralleled contemporary Expressionist poetry. After the first world war he began creating religious portraits and increasingly turned to writing—he produced several books of dense expressionist prose and contributed to many newspaper articles. In order to escape antisemitic repressions he moved to Cologne where he became an art teacher at a Jewish School in 1935. In 1939 he fled with his wife (the artist Else Meidner) and family to England where he was interned as an enemy alien on Isle of Man. He stayed in England working in odd jobs until 1953 when he returned to Germany. In 1963 he had his first major exhibition since 1918 in Recklinghausen and Berlin. He died on 14 May 1966 in Darmstadt, aged 82. Meidner's artistic bequest is now part of the collections of the Jewish Museum Frankfurt.