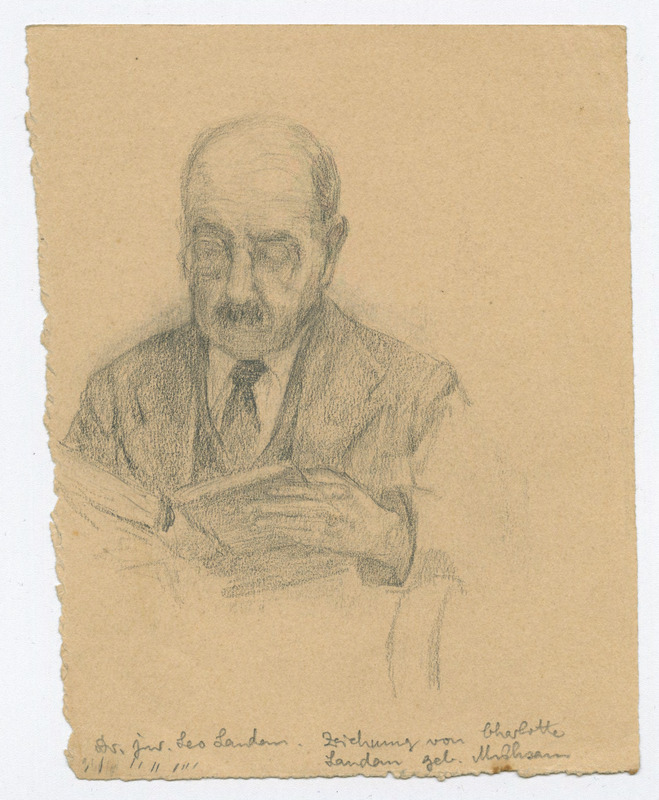 Leo Landau (1880-1960) was a lawyer in Lübeck and Haifa. He was an active participant in many Jewish organizations, including B'nai B'rith and the Israelitische Gemeinde Lübeck.

Born Charlotte Mühsam (1881-1971), part of the Lübeck branch of the Mühsam family. She was the brother of noted anarchist writer Erich Mühsam. In 1908 she married Leo Landau. In addition to being an artist, Charlotte was politically active, serving in the Lübeck city council from 1919-1921. In the mid-1920s, she also became an active member of the Jüdische Frauenbund. Charlotte helped found the Heim des Jüdischen Frauenbundes in Wyk-auf-Föhr. Both Leo and Charlotte were active Zionists from an early age, and in 1933 they emigrated to Haifa. They had three children, Gustav, Hans, and Eva.