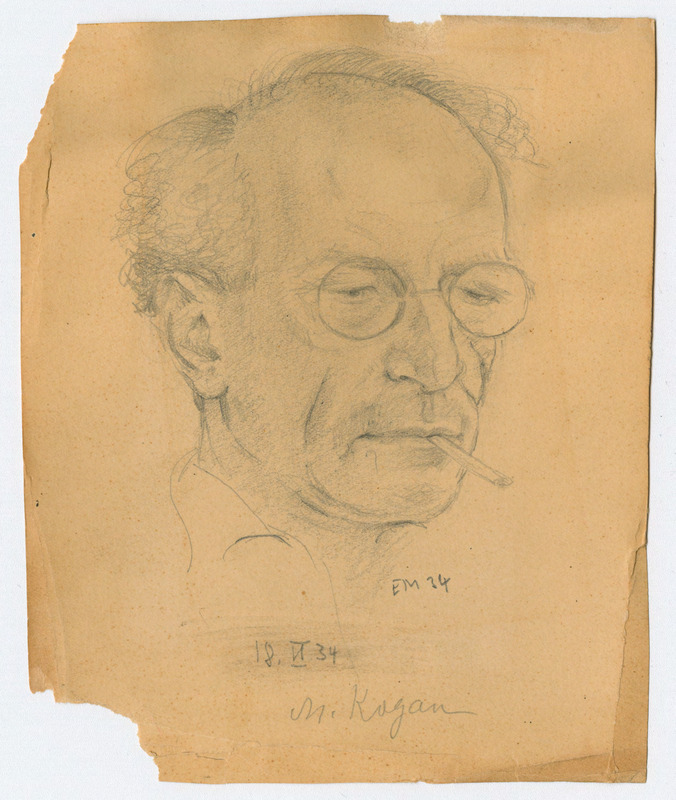 Moissey Kogan was a Jewish sculptor and graphic artist. He was born in 1879 in Orhei, Bessarabia (now Moldova), and began his career as a Chemist, but moved to Munich in 1903 to become an artist. In 1910, he moved to Paris, where he was both influenced and appreciated by Maillol. While exhibiting his work at the Salon d'Automne in 1925, Kogan was elected vice president of the sculpture committee. Kogan also exhibited in other Parisian galleries, as well as in Berlin, Leipzig, Hamburg, Munich, and other German cities. Kogan made terracotta figurines and marble, wood, and limestone sculptures. He was also a master of woodcut, linocut, and lithography. He was interested in the Bible, Jewish history, and mysticism, as well as cultures of the East. Kogan was arrested by the Vichy Police and interned in the concentration camp at Drancy. He was deported to Auschwitz on February 22, 1943.

Elisabeth Dittmann Model was a painter and sculptor. She was born in Bayreuth, Bavaria and showed an early interest in art that later led to her attending art school. She studied sculpture in Munich under Walter Thor and Cericioli; in Amsterdam at the Rijksakademie under Professor Jurgens; and in Paris under Moissey Kogan. She met her husband, Max Model, while in school. Model, along with her husband and children, fled Nazi Germany to Amsterdam in the Netherlands. They traveled to Greece, Israel, Italy, and finally settled in New York City in 1941.