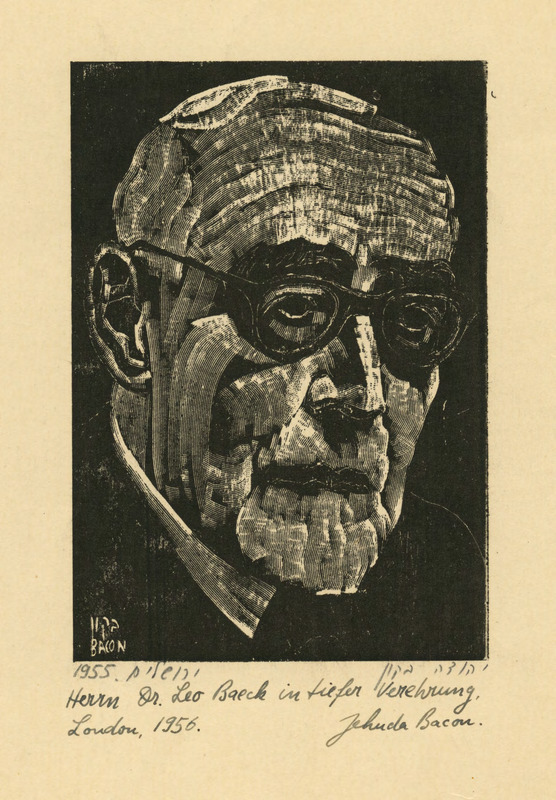 Leo Baeck was born on the 23rd of May 1873, in Lissa (then in the German province of Posen, now part of Poland). As the son of a rabbi, Leo Baeck was encouraged to become one himself, and he did so after attending the Jewish Theological seminary In Breslau. He served as a rabbi in Oppeln, Düsseldorf, and Berlin, eventually becoming the leader of the German Jewish community. When the Nazis seized power in 1933, Leo Baeck was instrumental in setting up organizations that fought to defend German Jews in the face of oppression. However, in 1938, these organizations were destroyed by a series of Pogroms, which left German Jews with no way of defending themselves. As outsiders realized that German Jews were facing tremendous threats, several American groups offered to help Leo Baeck to leave Germany, but he refused on grounds of continue working for his community. On the 27th of January 1943, Leo Baeck was deported to Theresienstadt. In the concentration camp, Leo Baeck was a leader of the camp’s Jews, with some survivors stating that he gave them the strength to survive. After the war he left for London, where he founded the World Union for Progressive Judaism, and he was a rabbi in London until his death in 1956.

Yehuda Bacon was born on the 29th of April 1929, in Ostrova, Silesia (now Czech Republic), into a Jewish orthodox family. He was deported to Theresienstadt in 1942, where he performed in the children's opera Brundibar, and then to Auschwitz-Birkenau in 1943. Most of his family died; he survived, because he was used for a program that was meant to show the red cross how prisoners were being treated. When the camps were liberated, he emigrated to Palestine. He became an artist and studied at the Bezalel Academy of Arts and Design.