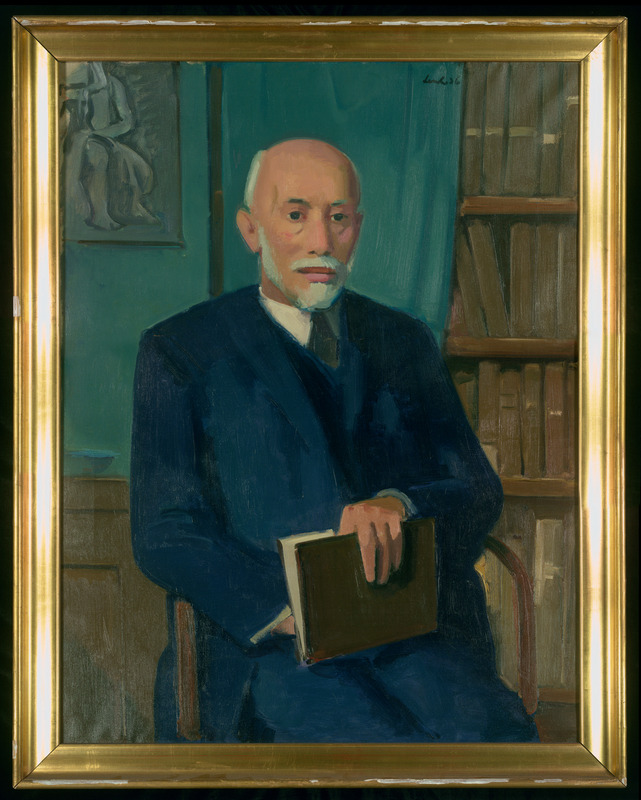 Samuel Krauss was a Hungarian-born Jewish scholar, historian, and teacher. He was born in Ukk, Hungary and was the head of the Jewish Theological Seminary in Vienna from 1906-1938. He also authored numerous works, including the Talmudic Anthology (1912), and contributed to the Jewish Encyclopedia as S. Kr. The Hebrew Union College in Cincinnati awarded him an honorary doctorate. In 1938, he emigrated to England from Austria after the Anschluss, the annex of Austria into Nazi Germany. Krauss died at his home in Cambridge.

Franz Lerch (1895-1977) was a painter and prominent figure of the New Objectivity movement in Austria. Born in Vienna, he briefly worked for the administration of a construction company before serving in World War I. Afterwards, he studied at the Academy of Fine Arts with Josef Jungwirth, Karl Sterrer, and Alois Delug. He then became a member of the Hagenbund in 1927 until its dissolution in 1938, as well as the Vienna Secession. He won the Austrian National prize for his painting in 1927. Following his studies, he traveled to Paris, the Netherlands, and Sicily—where he married his wife, Stephanie (Steffie) Krausz. Following the Anshluss (the annex of Austria into Nazi Germany), the couple were forced to flee Vienna due to his wife's Jewish background. Lerch destroyed a number of his works in 1939 before emigrating to the United States via Great Britain. The couple settled in New York City, where Franz worked for the design firm Printex until retiring in 1973, during which time he only painted in his spare time.