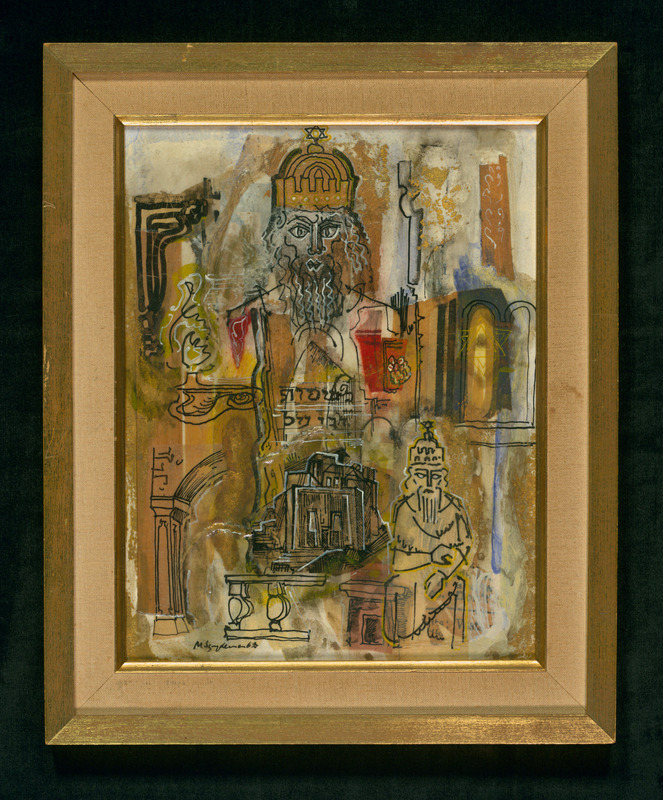 Marius Sznajderman was a painter, illustrator, printmaker, and etcher. He was born in 1926 in Paris. In 1942, his family escaped Nazi German rule via Spain before traveling to Venezuela, where Sznajderman lived until 1949. He studied under Ramon Martin Durban, Rafael Monasterios, and Ventrillon-Horber. In 1948, he helped found Taller Libre de Arte in Caracas. While in Caracas, he illustrated and designed for theater and exhibited his works. He moved to the United Stated in 1949, studying at Columbia University. He served in the US Army during the Korean War from 1953 to 1955. After the war, he worked as a scenic designer for a number of New York City theaters and taught art and art history at various institutions. He travled to Mexico for two years with his wife in 1958. Beginning in 1959 he created a number of works related to the Holocaust and Nazi occupation.