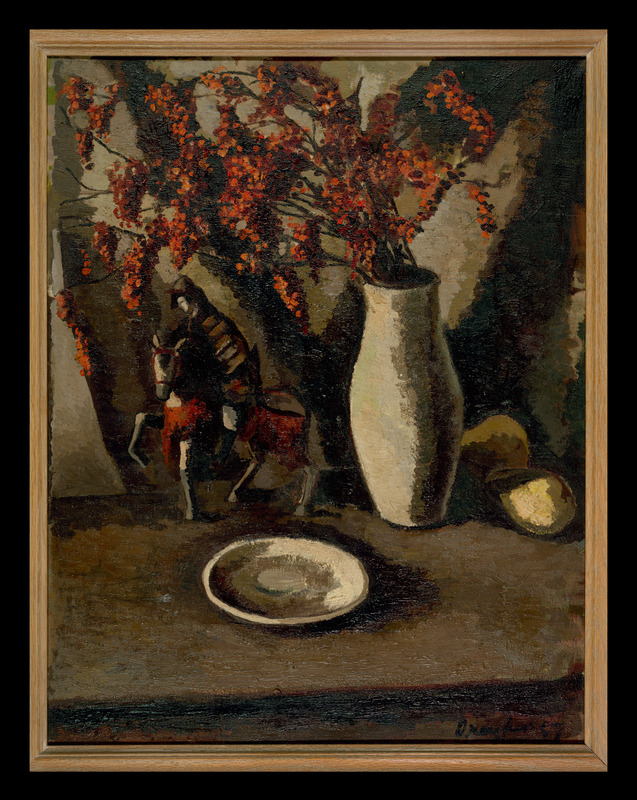 Ernst Emmanuel Dreyfuss was born in Frankfurt am Main on January 1, 1903. He trained as a painter and was at some point a disciple of Max Beckmann and Ugi Battenberg. Dreyfuss survived Buchenwald and fled from Nazi Germany in 1940, spending a year in England, and then immigrating to the US in 1941. He settled in Hyde Park, Chicago, IL, where, as an eccentric neighborhood painter, he allegedly served as the inspiration for a character in one of Saul Bellow's Chicago Stories. Dreyfuss ceased painting in 1971 and died in 1977. (See Hyde Park Herald, 1977.)