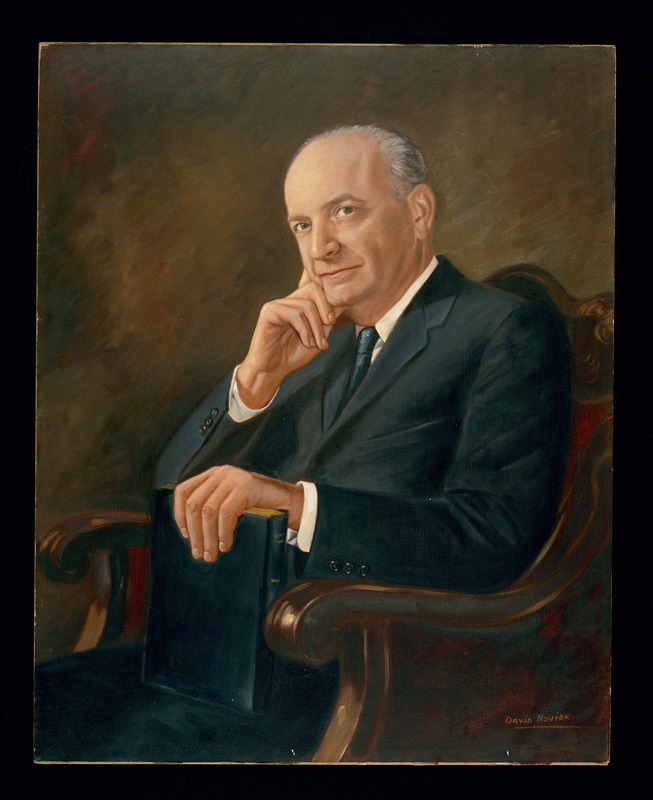 Born in Königshütte, Upper Silesia (now Chorzow, Poland), on December 4, 1899, Max Gruenewald studied at the Jüdisch-theologisches Seminar and at the university in Breslau. From 1925 until 1938 he served as rabbi and since 1934 also as president of the Jewish community in Mannheim. In addition, he was a member of the executive committee of the Reichsvertretung der deutschen Juden. In 1939, Gruenewald emigrated to Palestine and then on to the United States. - More than a spiritual leader of the Jewish American community, he held prominent positions in several major Jewish organizations: He worked for the Jewish Theological Seminary in New York; and he was chair of the American Federation of Jews from Central Europe; co-president of the Gustav Wurzweiler Foundation; vice-president of the Maimonides Institute; and co-founder and president of Leo Baeck Institute in New York. Gruenewald was a well-respected individual who shifted easily from working with powerful Jewish leaders in Europe to leading intimate bible study classes out of his home in Milburn, New Jersey, where he served as rabbi of Congregation B'nai Israel until his retirement in 1970. Max Gruenewald died in Milburn, New Jersey on December 28, 1992.