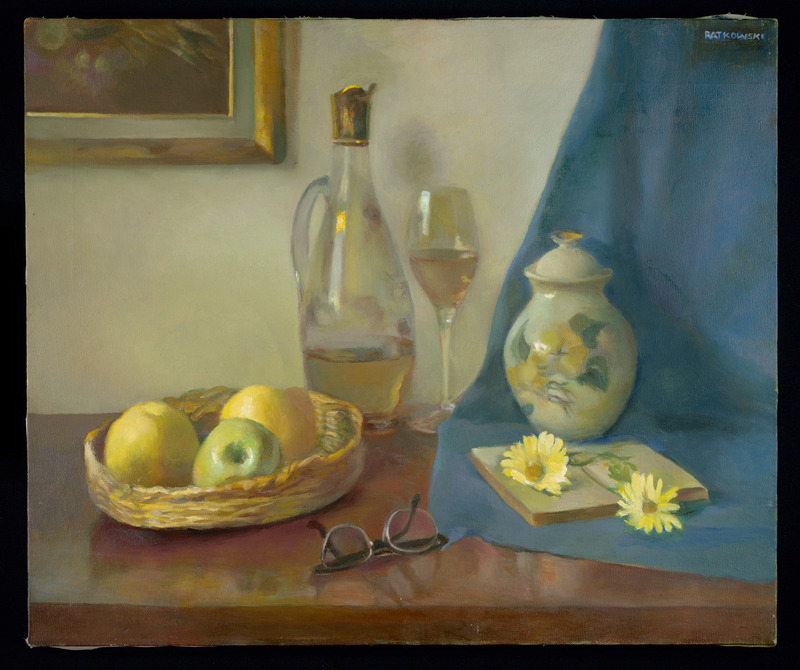 Anne Ratkowski (1903-1996) was born Anneliese Ratkowski and grew up in an upper middle class home in Berlin, the daughter of a physician. She showed artistic talent from an early age and received formal training from 1915 to 1920. While at the art school, she studied under and then became a lifelong disciple of the painter Arthur Segal. Ratkowski gradually established herself as a painter during the 1920s, praised by critics as a young, promising talent. With the support of Arthur Segal she showed her work in several group shows organized by the Novembergruppe (November Group), a loose union of radical artists. She was married to fellow member of the November Group, Nikolaus Braun, from 1920 to 1938. In 1938, because of impending Nazi persecution, Ratkowski burned her work and fled Germany. By 1939, she was in Antwerp, Belgium, where she hid and survived under most difficult circumstances until the war's end. She married Paul Wangenheim while in Belgium. The couple soon after changed their last name to Wanger and emigrated to New York City in 1948. Ratkowski made a living selling crafts. She returned to art making and showed her work in various smaller exhibits in New York during the 1970s. Her name had been completely forgotten in her homeland, though Ratkowski was rediscovered in Germany by Eberhard Roters, then director at Berlinische Galerie, while preparing an exhibit titled "Emigrated from Berlin." In 1988 the Leo Baeck Institute showed a Ratkoswki retrospective, followed by several exhibits abroad.