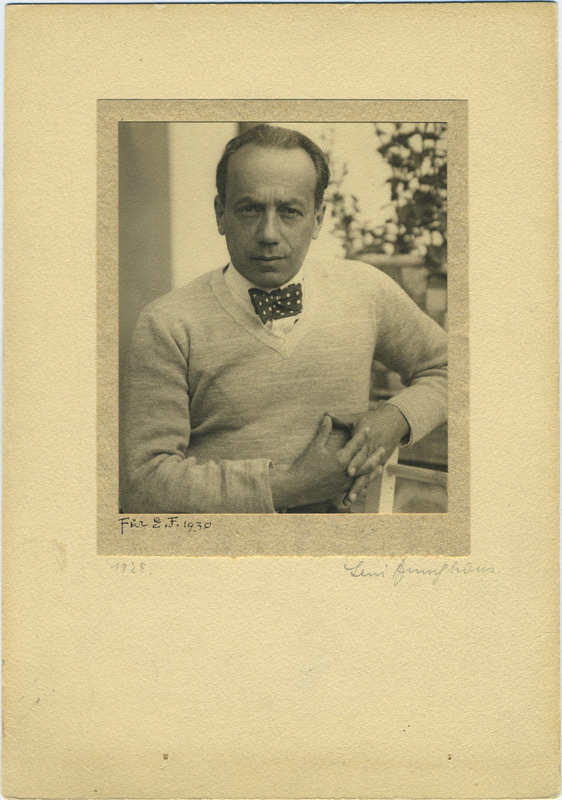 Hugo Steiner-Prag was born Hugo Steiner in Prague on December 12, 1880. Upon leaving secondary school, Hugo Steiner joined Jung-Prag, a group of young artists who tended strongly toward mysticism and the occult. He took private art lessons and finally entered the Prager Kunstakademie (Prague Academy of the Arts) in 1897. In 1900, Steiner moved to Munich to enroll at the Königliche Akademie der Bildenden Künste (Royal Academy of Fine Arts). He added the name of his native city Prag to his last name in order to distinguish himself from other artists bearing the same name. In 1916, Steiner-Prag created twenty-five lithographs for Gustav Meyrink's novel, Der Golem, which would become his masterpiece. In 1933, after the Nazis had terminated his position as professor in Germany, he returned to Prague and established a private school for book arts and graphic design, called the Officina Pragensis. He was then given the opportunity, in 1938, to establish a school based on the model of the Officina Pragensis in Stockholm. In Stockholm, Steiner-Prag became director of the Skolan foer Bok- och Reklamkonst and taught book design, advertising and stage design. Steiner-Prag left Stockholm in 1941 and became a professor at the Division of Graphic Arts at New York University. In 1943, he mounted a successful exhibition at the New York Public Library. He died on September 10, 1945 in New York City.