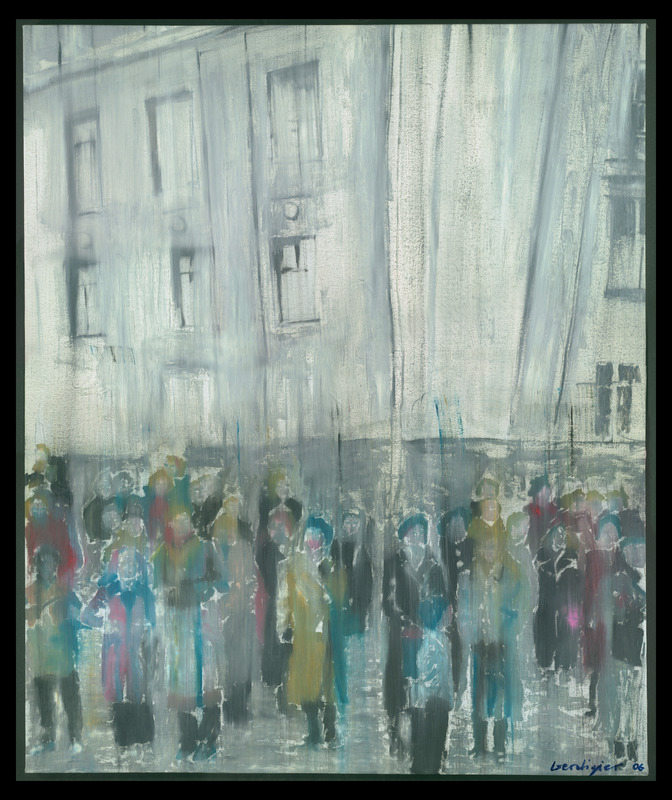 Architect, painter, designer, and media artist, Wolf Werdigier was born in Pegnitz, Germany in 1946, and he grew up in post-World War II Vienna. His father was a Jewish concentration camp survivor, and his mother was Christian. He began his “Hidden Images” project in Israel in 2001. In 2005 the artist conducted interviews with over 40 New Yorkers of diverse ethnic backgrounds and ages from which he created new works exploring race in America. Werdigier trained as an urban planner. Since 1985, he has maintained his studio in Vienna. Starting in 1979 he held various positions in universities and municipal departments in Vienna, and also in 1989 and 1994 as Visiting Professor at the Pratt-Institute, New York, for Urban Design. Werdigier explores the effects of suppressed trauma on the human psyche. In his work in Vienna, with Israelis and Palestinians, people in the Balkans, and, most recently, African-Americans and Whites, he has used the techniques of psychoanalytic inquiry and the “Social Dreaming Matrix” method. His paintings are informed by the dreams, associations and personal stories gathered in workshops and individual interviews that he considers to be “pathways for the unconscious to reach the conscious”. His works have been shown in Austria as well as in Jerusalem, Tel Aviv, Ramallah, New York City, Philadelphia, and Cleveland, Ohio.