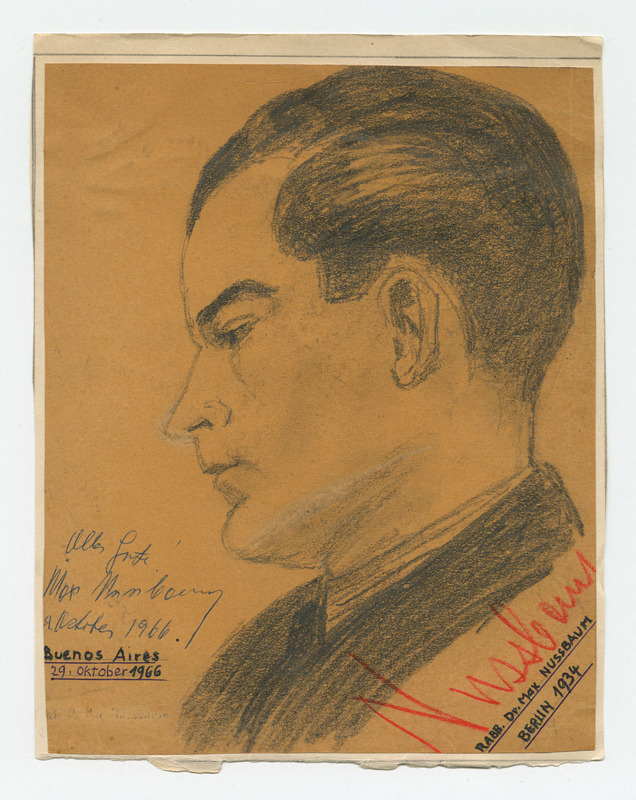 Max Nussbaum was born 1908 in Suczawa, Bukovina (today Suceava, Romania), and was ordained in 1933 at the Jewish Theological Seminary in Breslau, Germany, where he also earned a Ph.D. He served as a rabbi in Berlin until 1940, when he immigrated to the United States and briefed the US government on the situation of Jews in Nazi Germany. In 1942, he was appointed rabbi of Temple Israel in Hollywood, California, where he remained until his death in 1974 and served as rabbi to many Hollywood stars.

After escaping Berlin and arriving in the United States, the leaders of Temple Israel of Hollywood, California brought him to their community in 1942 to be their rabbi. Wanting his congregation to be exposed to the best of contemporary thought and experience, Nussbaum invited leading figures in American and Jewish life, including Leo Baeck.