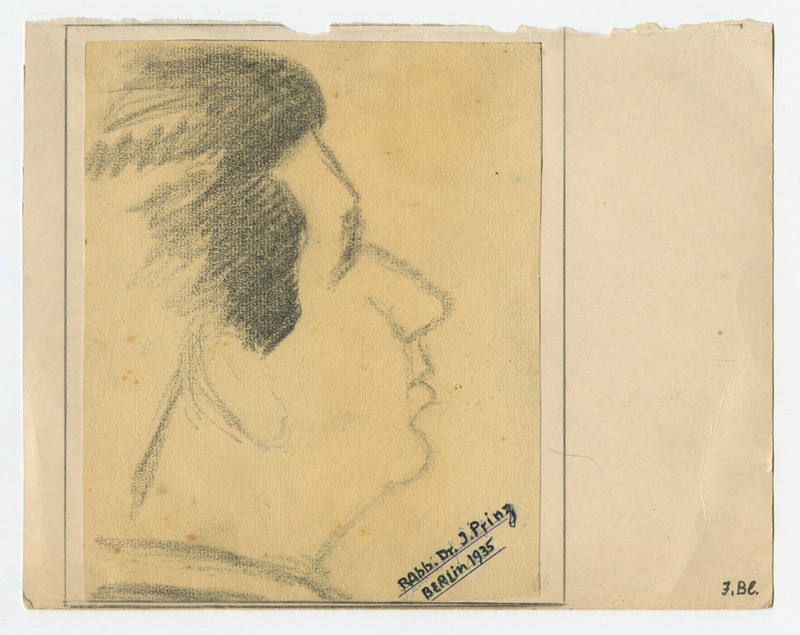 Invited to Berlin in January 1926, Prinz was the youngest rabbi serving the Jewish community. During Hitler’s rise to power until Prinz's departure in 1937, he was a vocal and public critic of Nazism, resulting in his being repeatedly arrested by the Gestapo. Prinz came to the United States in 1937 upon the invitation of Rabbi Stephen S. Wise and, once there, decided to immigrate. After returning to Germany to get his family, a farewell meeting was held in his honor in Berlin, where he addressed 2,000 persons – one of whom was Adolf Eichmann, monitoring the meeting. Despite his decision to emigrate, Prinz was formally ordered to leave Germany in a signed expulsion order in 1937.