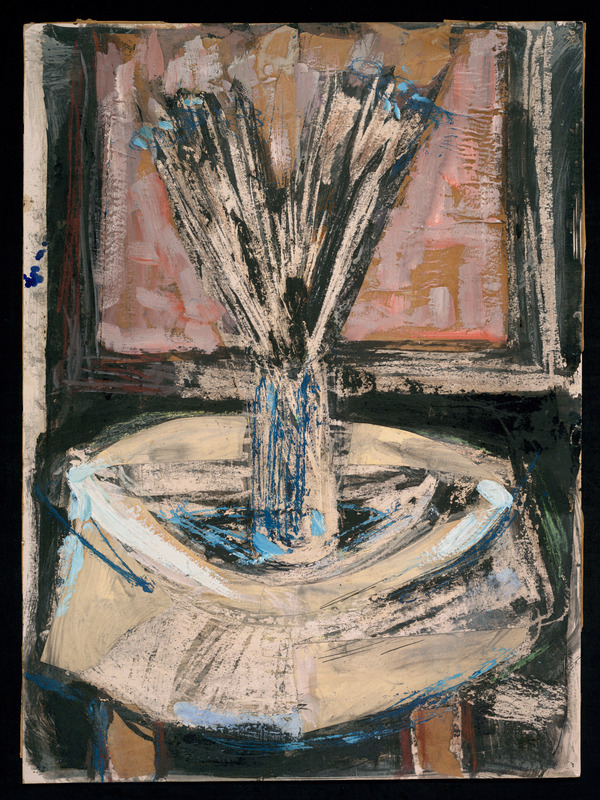 Samson Schames hailed from one of the oldest Jewish families in Frankfurt. Trained in the Staedelschule, he worked in graphics, textiles and oils. After 1934 when Jews were no longer allowed to display their work, he became a member of the newly founded Cultural Association of German Jews and created set designs. In 1939 Schames emigrated to Great Britain, where he joined the Free German Cultural Association in London. At the outbreak of World War II, he was interned as an enemy alien near Liverpool and took this involuntary stay as an opportunity to develop new art techniques in unconventional media, mostly detritus found in the camp. After his release, Schames volunteered for the Civil Defense and recorded his experience in a series of paintings called Bombed-Out London, depicting the London blitz. In 1948, Schames and his wife emigrated to New York, where he enjoyed a successful artistic career.