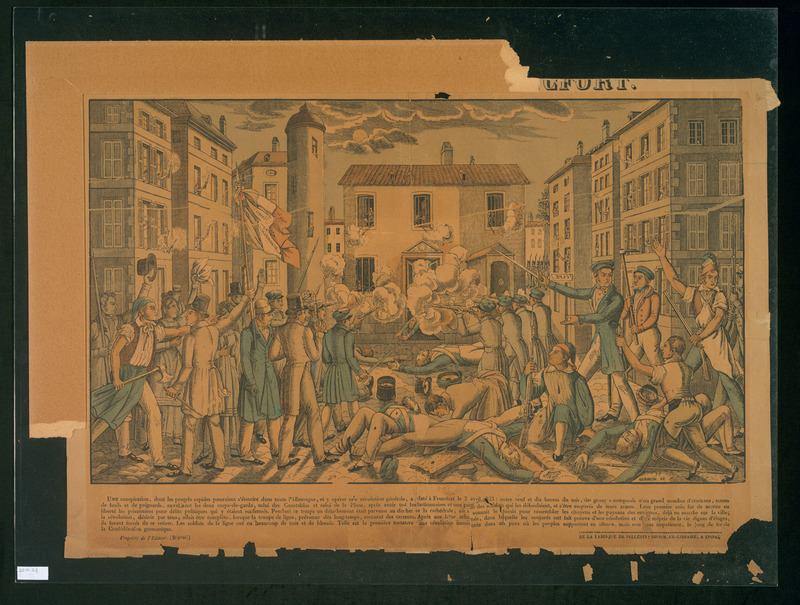 Frankfurter Wachensturm was a failed uprising in Frankfurt that took place on April 3, 1833. A group of students led the attack on the Konstablerwache, a police station in Frankfurt, in order to gain control of the German Confederation treasury and start a revolution across the German states. The plot was betrayed to the police, who anticipated the attack and were able to overcome the students.

François Georgin was a French engraver born in Épinal in 1801. He was an apprentice to Jean-Charles Pellerin beginning in 1814, and learned wood engraving from Antoine Réveillé. He gained his trade license for engraving in 1821 and worked for the Pellerin firm throughout his life. He married Anne Christine Rémy. Georgin's most notable work included a Napoleonic series.