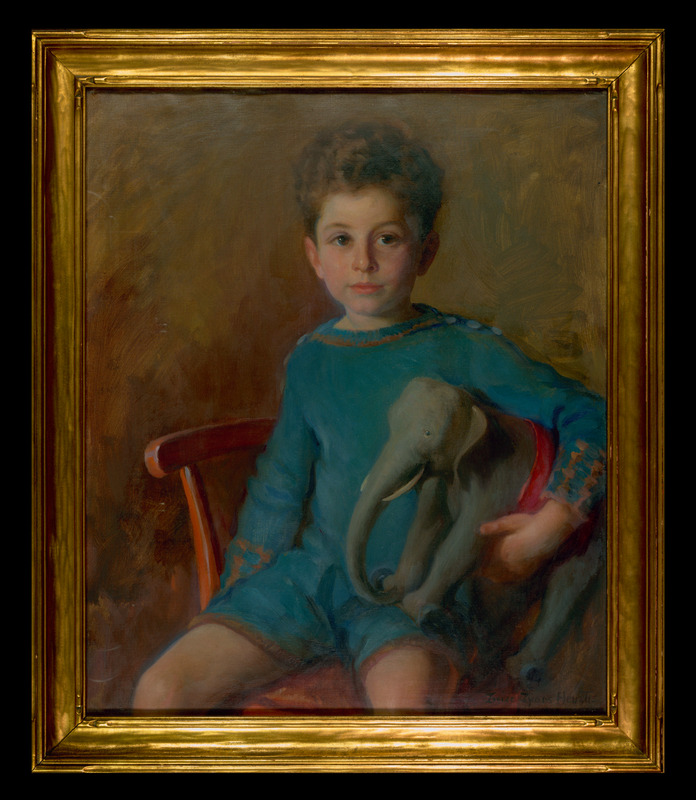 Richard F. Koch (born 1920) was the descendant of the German-Jewish Dreyfus-Koch families that arrived in New Orleans in the middle of the 19th century. Koch was an engineer by training. He grew up in Cedarhurst, Long Island, and spent most of his professional career in Brookline, Massachusetts before retiring to Long Island.

Louise Lyons Heustis was a portrait painter and illustrator, exhibited widely in the United States. Born in Mobile, Alabama she studied at the Art Students League in New York, the Academie Julian in Paris, as well as in Philadelphia, Switzerland, and Italy with a number of artists. Many of Heustis' portraits and illustrations were featured in magazines such as Harper and Brothers, Charles Scribner's Sons, and The Century Company. She also painted historic sites and designed posters. She died in 1951 in New York.