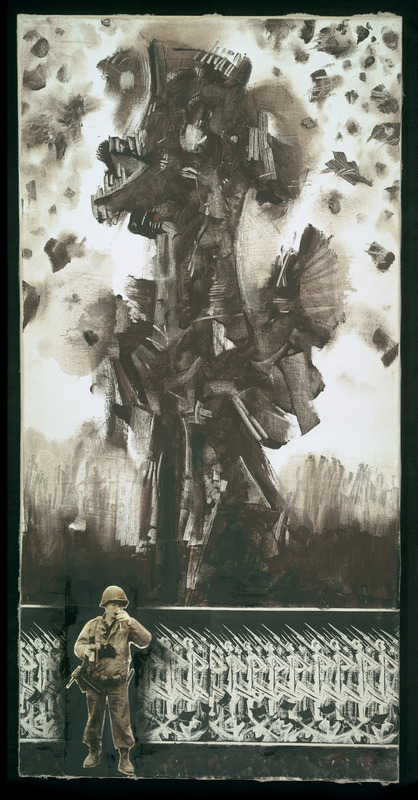 Born in Poland in 1918, Lewen fled Hitler's Germany at 14 for Paris and then rejoined with his family in the United States in 1935. He bagan taking art classes in New York City before he joined the U.S. Army during World War II, trained primarily in intelligence and psychological warfare. He fought abroad with the legendary Ritchie Boys and was among the first to enter the just-liberated Buchenwald camp. He resumed his art career after the war and achieved much critical and commercial success in the US and Europe. However, in 1976 he began to withdraw his works from galleries, declaring them "no longer for sale" in 1985 and only loaning them to parties that promised not to sell them. This spurred a surge of interest in his art. In 2006, Lewen donated his paintings and book rights to the International Institute for Restorative Practices (IIRP). He lived in Montgomery County, PA with his wife, Rennie, and continued to create art until his death in July 2016.