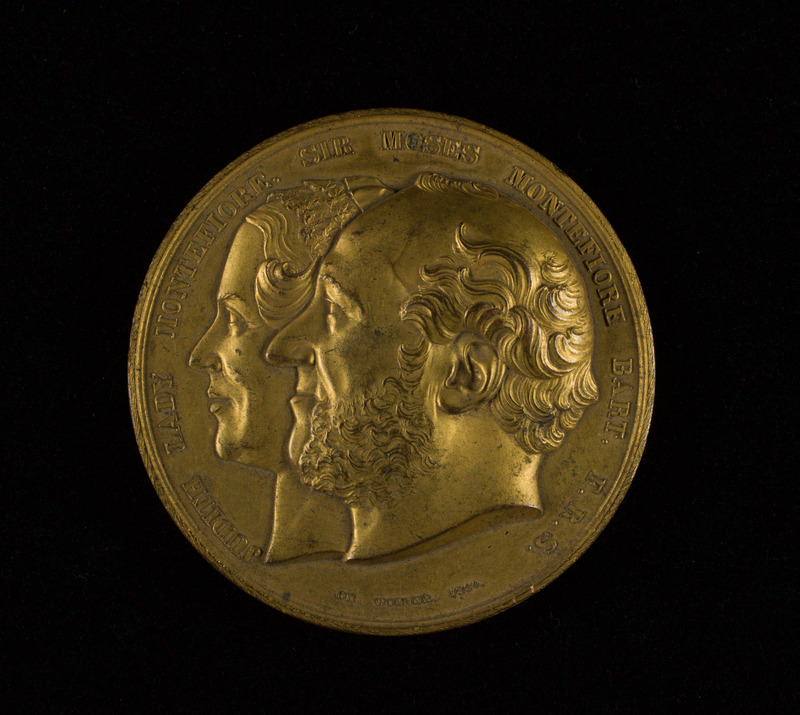 Sir Moses Haim Montefiore (1784 – 1885) was a British financier, banker, and philanthropist, born into a Sephardic Jewish family in Livorno, Italy. Montefiore was highly active in supporting Jewish communities in Eastern Europe, North Africa and throughout the Ottoman Empire. He died in Ramsgate, England in 1885.

Charles Wiener was the youngest of the three Wiener brothers, who were all medalists active in Belgium. Born in Venloo, Charles studied drawing at the Academy of Fine Arts in Brussels while simulataneously training under his brothers. He then studied under Eugène-André Oudiné in Paris. In 1856 he settled at the Hague, working as an engraver to the king of Holland. After six years, he worked in various cities for short periods of time: from London, where he was deputy engraver at the Royal Mint; and then to Lisbon in 1864 as chief engraver to the Mint of Portugal. Charles returned to Brussels in 1867 and produced medals, some in conjunction with his brother, Jacques. He won a number of awards and decorations for his work in Belgium, London, the Netherlands, Russia, and Sweden.