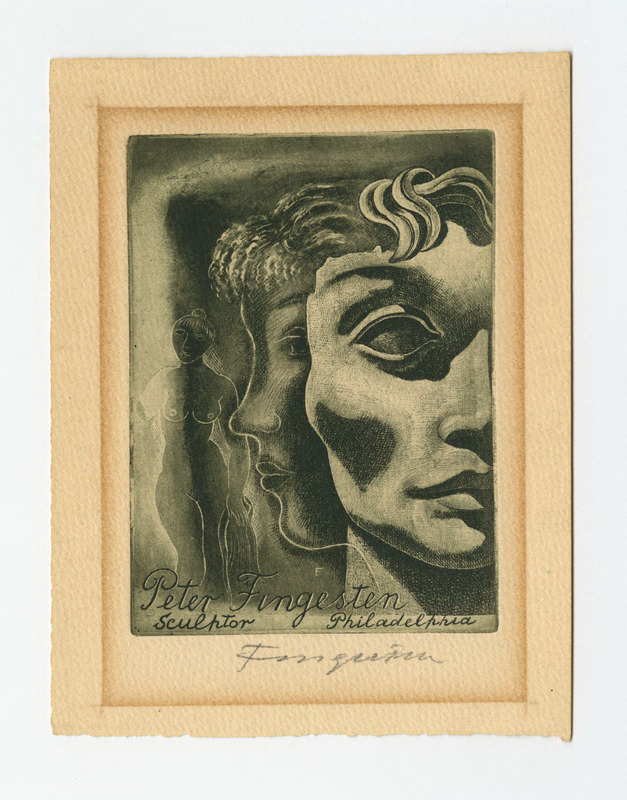 Michel Fingesten was born in 1884 in Silesia (then part of the Austro-Hungarian Empire) to an Austrian Jewish Father and a mother from a Jewish family in Trieste. He studied from 1900-02 at the Akademie der bildenden Kunste in Vienna under Christian Griepenkerl. After his studies he travelled to the United States, Australia, and finally Palermo for a few years before going to Munich to work as an artist. In Munich he studied in the atelier of Franz von Stuck, and later worked in Munich. He moved to Milan in 1935 due to worsening anti-Jewish sentiment in Germany. He primarily etched Ex Libris, and is considered one of the most innovative German bookplate designers of the 20th century. His grotesque, erotic and fully modernist compositions led his work to be categorized as degenerate by Italian fascists. Due to his Jewish background the Italian fascists interned him in Civitella del Tronto, followed by a concentration camp in Ferramonti-Tarsia/Kalabrien. He died in 1943.

Peter Fingesten, the son of the artist, was born in Berlin in 1916. After being interned in the Civitella del Tronto internment camp in Italy he emigrated to the US in 1939. He was a noted post war graphic artist and sculptor who exhibited his works in the style of surrealisim. In 1950 he was chosen to become the founding chairman of the Art Department at Pace University, where he taught untill 1986. He died in 1987.