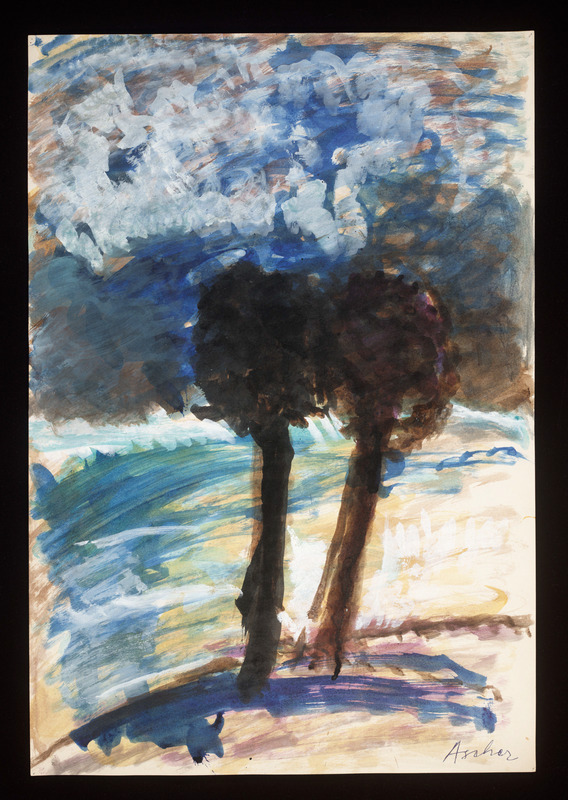 Fritz Ascher was born in Berlin on Oct. 17th 1893. When he was 16 years old, he studied with Max Liebermann, who recommended him to the Kunstakademie in Koenigsberg. In 1933 Ascher’s paintings were classified as "degenerate art", and he was forbidden to work. On Nov. 9th, 1938 he was deported to Sachsenhausen, set free Dec. 23rd and then sent to jail in Potsdam for 6 months. In 1942 he went into hiding in Berlin with Martha Grassmann, the mother of a friend. For the next three years he lived in isolation, writing poetry. Ascher continued to live in Berlin after the war and worked mainly in solitude. He died on March 26th, 1970.